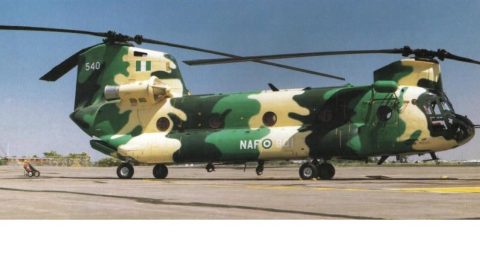 NAF Director of Public Relations and Information, Air Commodore Ibikunle Daramola in a statement issued in Abuja Tuesday said its men neutralized up to 20 of Lawal’s fighters near Rugu Forest in Zamfara.

Daramola stated that the dawn attack was executed after credible intelligence indicated that the notorious kingpin was camped along with dozens of his fighters at a settlement about 4 Km west of Rugu Forest.

He disclosed that the settlement was where Lawal kept his logistics supplies, coordinated operations and launched attacks against security forces as well as innocent civilians.

“The Alpha Jet strikes recorded direct hits on the camp destroying the bandits’ structures, fuel storage containers, arms, explosives, and other logistics supplies, which were seen engulfed in flames,” the statement said.

Daramola added that the attack helicopter carried out mop-up attacks on the target, adding that no fewer than 20 bandits were neutralized in the air strikes.

The NAF spokesman confirmed that working in consonance with surface forces and other security agencies, would sustain its operations to flush the bandits out of the North West of the country./NAN