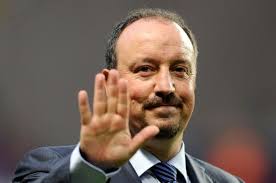 Rafael Benítez is confronting possibly the biggest challenge of his managerial career after succeeding Steve McClaren at Newcastle United.

The former Liverpool, Chelsea and Real Madrid coach made an immediate impact, interrupting a scheduled squad day off by summoning his players for an introductory meeting and training session on Friday afternoon.

The 55-year-old Spaniard has signed a three-year contract – understood to contain a break clause facilitating a potential parting of the ways in the summer should Newcastle end up in the Championship – believed to be worth at least four times McClaren’s £700,000-a-year salary.

He is in line for a significant bonus, believed to be in the region of £2m, if he keeps the club in the Premier League this season.

Benítez now has two days to coach his new team before their trip to Leicester City, the leaders, on Monday night. Apparently undaunted by the task of ensuring the division’s second-bottom side – who have won only six league games – avoid relegation, he clearly could not wait to be back in a tracksuit, just over two months after being sacked by Real.