Niger Bans Export of Donkeys as Demand from Asia Rises 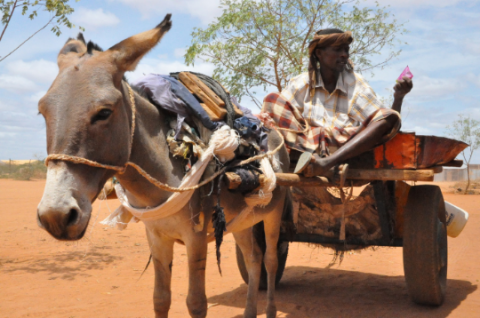 Niger has banned the export of donkeys, warning that a three-fold increase in trade, mainly to Asian countries, is threatening its donkey population.

“If the export continues the animals will be decimated,” a government official has told the BBC.

“About 80,000 donkeys have been exported so far this year compared to 27,000 last year,” Atte Issa, at Niger’s livestock ministry, said.

The government has also banned the slaughter of any donkeys within Niger.

The BBC’s Baro Arzika in Niger’s capital, Niamey, says the trade in donkeys has become so profitable that livestock sellers are abandoning other animals for the donkey trade.

A similar price hike in donkey skin was witnessed in Burkina Faso where the animal’s hide rose from about $4 (£3) a few years ago to $50.

In both countries donkeys are commonly used to transport goods, though some communities eat their meat.

The ban was issued through a joint decree by Niger’s ministries of farming, finance and internal affairs and trade.