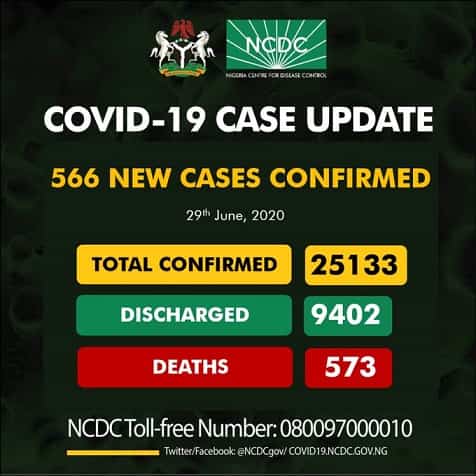 (AFRICAN EXAMINER) – The Nigeria Centre for Disease Control (NCDC), on Monday announced 566 new cases of the coronavirus, bringing the total number of infections in the country to 25,133.

The centre announced this via its official Twitter handle.

It said that the 566 new confirmed cases were from 20 states, with eight deaths as of June 29.

The NCDC said that Lagos reported the highest number of cases with 166 new cases, followed by Oyo which reported 66 new infections.

According to the centre, 132, 304 samples have been collected while 573 deaths have been recorded in 35 states and the Federal Capital Territory.