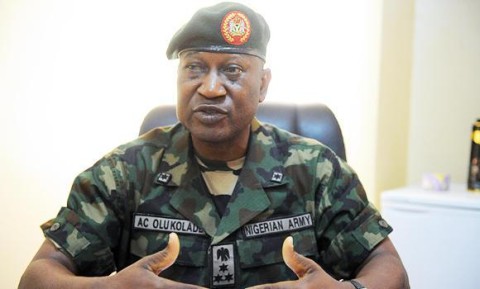 By Collins Amadi, Abuja – The Nigerian Defence Headquarters has said that Nigeria’s Territorial Integrity Intact inspite of the the cooperation by countries making up the Lake Chad Region against Boko Haram terrorists.

In a statement, the Defence Headquarters maintained that it is the Nigerian forces that planned and are driving the present onslaught against terrorists from all fronts in Nigeria.

“Most of the troops contributed by the three countries to the Multinational Joint Task Force have been deployed to towns close to Nigerian boarders and are not actually operating from within Nigeria’s territory while those in Nigeria are fighting along Nigerian troops.

“Contrary to the impression being pushed in some quarters, it is the Nigerian Forces that planned and are driving the present onslaught against terrorists from all fronts in Nigeria; not the Chadian Forces as is being propagated by some foreign media.”

“The Multinational Joint Task Force (MNJTF) in which Nigeria, Niger, Cameroon, and Chad have contingents are part of the ongoing onslaught against terrorists in this region.

“The countries that make up the Lake Chad Basin Commission also had some understanding, which now enables a massive move against terrorists from all angles.

“Contrary to the impression being pushed in some quarters,

“For instance Chadian forces have been deployed in Baga Sola, which is a Chadian territory. There have been some joint deployments and patrols around Kirawa, Ashgashiya and other locations in borders of Cameroun, Nigeria and Chad as part of these operations. Chadians and others are however keying into and working in concert with the overall plan for an all-round move against the terrorists as agreed.” The defence headquarter stated.