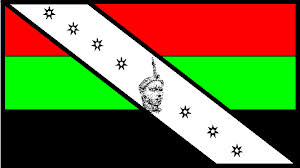 …Calls for Upholding of ‘’Virtuous Tenet’’

In its determination to ensure violence free and credible elections in Ekiti and Osun states, a pan Yoruba Movement, Oodua Democratic Coalition (ODC), has announced its plan to embark on enlightenment campaign within the region with a view to encourage the entire citizenry to participate in the electoral process that will produce “credible leadership” in the South Western Nigeria.

The Coalition unveils its plan at a press conference in Osogbo, Osun state. In a statement signed by its Chairman Adetuberu Tunde and Director of Publicity Abayomi Adegoke which was made available to African Examiner, ODC revealed that its membership was opened to other existing groups and organizations within “Osun State that share similar ideas, principles and philosophy”.

The coalition reiterated as a pan Yoruba movement, it expected the political class not to compromise the peace, unity and integrity of the Yoruba nation irrespective of their political affiliation, pledging it would not relent in “advocating for change where it is necessary and ensure that dividends of democracy reach the citizenry”. Regional integration, it advised should not be limited to political party participation alone, rather, everybody must ensure that a visible and workable policy is supported and actualized.

Speaking on the forthcoming Ekiti and Osun elections, the coalition stated as a non governmental group, it urges all political parties participating in June 21 and August 9 governorship elections to play the game according to the rule, by desisting from inflammatory statements that could trigger violence, thuggery and every other act that could be subversive to the peace of the state. “We also implore security agencies to be up and doing and bring to book all violators of electoral process. Nobody should hide behind electoral process to unleash violence on the people” the statement maintained.

The Coalition head also implored the electorates to fully participate in the coming process, irrespective of class or status as well as conduct themselves in the most peaceful manner, urging them to treasure their vote, being a tool to effect change.

And in case of non compliance to the electoral law, the group cautioned that nobody should resort to shortcut, rather, every legal means should be deplored.The coalition harped on the unique value of the region, which it said reflects in the tenet of ‘omoluabi’. To this end, it enjoined the entire region irrespective of class, religion or political affiliation to embrace the tenet.

It declared that a virtuous citizen would not lie about his clan or records, “cheat, or have disregard for constituted authorities or powers and neither drag in the mud, our traditional culture and institutions”, emphasizing that its utmost interest and desire were justice, fair play, equity to all while “irrevocably committed to the emancipation of the Yoruba Nation”.