OPINION: The Life and Times of Abba Kyari: A Lesson for Nigeria 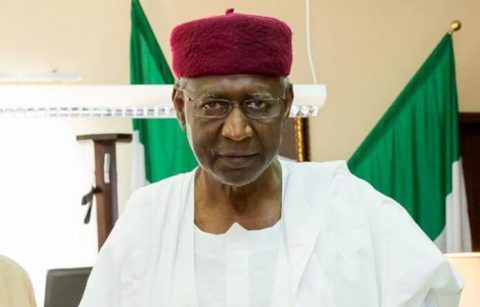 Nigerians would probably remember that on August 2015, that Abba Kyari was appointed the Chief of Staff to President Muhammadu Buhari. From there on Kyari became a more known and an influential figure within the Buhari administration, especially in this second term. During the first term, he worked mainly behind the scenes to implement the president’s agenda. In 2019 with Buhari’s re-election for a second term, and ordered his cabinet to channel all requests through Kyari’s office, a Vice President (Admin) was unofficially created by the presidency.

Although this position further enhanced his influence within government circles, it reduced the position of the official Vice President to ceremonial activities around the country. At this time what people saw was an Abba Kyari a de facto head of government. Seemingly the guy was given powers from both the president’s and also from the vice president’s powers. He had all the qualifications and experience he needed. In this capacity he generated friends and foes both for himself and a lot for the administration he served.

Abba Kyari (OON), who  was born on 23 September 1952, to a Kanuri family from Borno, became one of Nigerians most qualified and most experienced leader to ever served his nation. He was well educated with degrees in Sociology, in Law, after certificates from military trainings. He was once a state governor, state commissioner, bank administrator and ran businesses of his own.

Our tribute to him, and especially to the family he left behind, a wife and four grown up children, is great. We have great impression about him with pride. If he was to be loyal to his boss and also to serve his nation dutifully, he would need to step on many toes in a society living in an era of total impunity. People should remember that he was a trained soldier, a trained lawyer and an administor. No body so far has been able to fault him failing in his numerous duties, but probably that he blocked their way to the president. His family should henceforth be most proud that they were able to raise a son, the height of Gen Abba Kyari, who became taller than everyone within the system wherein he served.

Nigeria has many lessons to learn when you have a president with a trait to living with a subordinates that could outshine him. We remember Gen Tunde Idiagbon was like this late Abba Kyari. Buhari is probably not a gragra man, not a dictator. He delegates powers, but the person he trusted may be our arguement. This Abba Kyari and also late Gen Idiagbon were first class Nigerian leaders and it should be acknowledged.

Why would a president win election with one candidate but share and delegate enormous powers to an unelected co-patriot? Probably the Nigeria setting where candidates must run on Christian-Muslim and North-South ticket. A very cumbersome system that has nothing to do with good governance. Again the southern politicians seem to always intimidate themselves out in office. It is probably no longer enough for an elected office holder to claim that “I dotted every i and crossed every t”. No sir, the only reason why you’re serving is the overall development of Nigeria “by all means”. Just make sure you carry at least a few along in any risk being taken.

There are other lessons and one of them is when office holders “aren’t big enough to fill the office”. It’s like a wife complaining that her husband is going for another woman and we know she’d been lacking in many areas. The president of the Senate must do the job and give no room for subordinates to outshine him, the Deputy governors must not allow themselves to be sidelined, an so on. Incidental this is Nigeria where regions believe that because their son is in office a “suitable” subordinate must be placed nearby, officially or unofficially.

From no where on 24 March 2020, it was made public that Kyari tested positive for COVID-19,  following an official trip to Germany nine days before. His subsequent death and burial is now history. Coronavirus pandemic has set the entire globe into a state of warfare. Many lives are being lost daily and national economies on the ruin, and looming untold economic depression. The citizens are on lockdown and a further prolonged lockdown would create starvation, economic ruin and insecurity.

Looking into a lockdown strategy for Nigerians analysts broadly agree that contact tracing and Covid-19 testing need to be part of the solution. More testing can bring us out of lockdowns, calling for health workers to be tested every day. In order also to ease restrictions, local health departments will need to be able to find and test contacts of infected patients.

The economy can be reopened if the health administrators have some high degree of confidence that the infected persons have been captured and housed. On the other hand if lockdown exit is wrongly taken the society would be at risk if repeated waves of infections and lockdowns. But in honours of those that have died so far of COVIC-19, and including Abba Kyari (OON), Nigeria government should henceforth do its utmost best to build it’s institutions to fight any class of attack both within or without.