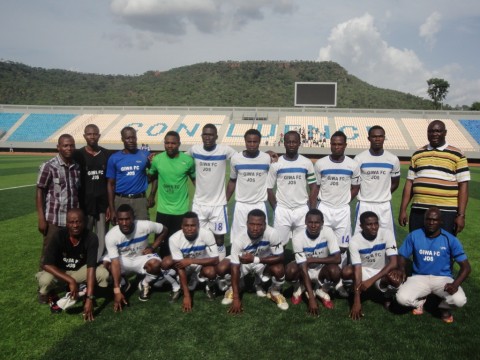 Interim Assistant Coach of Giwa FC of Jos, Sammy Adesoji says the club’s target for continental football is on track after 2-1 victory over visiting Lobi Stars of Makurdi. 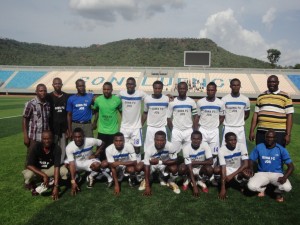 Giwa on Wednesday came from behind after Lobi Stars took the lead in the 28 minute through a well taking free kick by Barnabas Imenger Junior to record victory against the visitors from Makurdi.

Amos Dadun scored half way into the second half to put Giwa level while Hassan Babangida sealed victory for the hosts through a shot taken from outside the penalty box.

Adesoji who is also Giwa’s Marketin Officer said that with the victory, Giwa was on track to bringing continental football to Jos.

”With the victory which took Giwa to the fourth position with 15 points and a game in hand, the club is on track to achieving its target of bringing continental football to Jos. He said.

”The proprietor of the club, Chris Giwa had consistently said that he wants the club to play in the continent and the boys are well motivated to achieve that.”

The Assistant coach, who noted that the club face a huge task as they embark on three consecutive away fixtures expressed optimism that his side would get valuable points from the matches.

”We will be playing Heartland of Owerri, Bayelsa United of Yenagoa and Sharks of Port Harcourt and we are trusting God for good result from the matches,’’ he said.

Adesoji appealed to the club’s fans not to waver but remain resolute in supporting the club while assuring them that the team will not let them down.

Meanwhile, Giwa will on Sunday play Federation’s Cup final against either Mighty Jets or Plateau United, who face each other in the second semi-final on Friday.