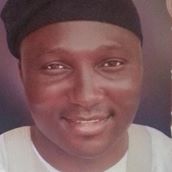 The former Deputy Speaker of the Plateau State House of Assembly and member representing Shendam Constituency in the House, Hon. Johnbull Shekarau has been suspended from the House.

His suspension followed a motion moved by member representing Jos North/West Constituency in the House, Hon. Yakubu Choji, seconded by the majority leader of the House, Hon. Daniel Dem.

Announcing his suspension after a closed door executive session, the Speaker of the House, Rt. Hon. Titus Alams, said he was suspended for gross misconduct, saying a committee has been set up to investigate the lawmaker and its expected to submit its report in two weeks.

It would be recalled that the former Deputy Speaker was impeached on the 9th, October, 2013, when the former Speaker Hon. John Clark Dabwan was forced to resign from his position.

However, some few weeks ago, the former Deputy Speaker,  went to court to challenge his removal. The court hearing is to commence on the 25th, March, 2014.