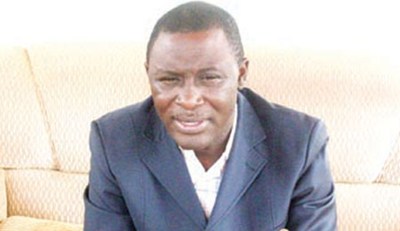 From Agabus Pwanagba, Jos – Barely a week after his emergence as the Plateau PDP gubernatorial flag bearer, Senator Gyang Pwajok has picked Mr. Yilji Gomwalk as his running mate for the 2015 elections.

Until his nomination, Gomwalk who is the son of the late visionary leader of the old Benue-Plateau State, Joseph Deshi Gomwalk, was once the State’s Commissioner for Lands and Survey.

A source in Jos, the Plateau State capital, told AFRICAN EXAMINER about Gomwalk’s commitment, foresight, resolve and work ethos, saying he would be a massive addition to the redemption team.

He said, “You can see that the governor has remained true to his word of supporting young and dynamic candidates – this is indeed a man of character, who keeps to his word and does not waiver even in the face of opposition or challenges.

“The combination of the very intellectual Gyang Pwajok and the fortuitous Yilji Gomwalk is a team that is unbeatable. These two are the best that Plateau has to offer, they would show great leadership, dedication and foresight and I am confident that Plateau people will rally behind them.

Our correspondent gathered that this is a very calculated and strategic move by Pwajok’s camp to woo people in the State’s Central Senatorial District, which is currently the key battleground, since it was almost certain that the Southern Senatorial zone would vote overwhelmingly for APC’s Simon Lalong because of their stance on zoning, and the Northern zone would vote massively for Pwajok because of their stance against zoning.