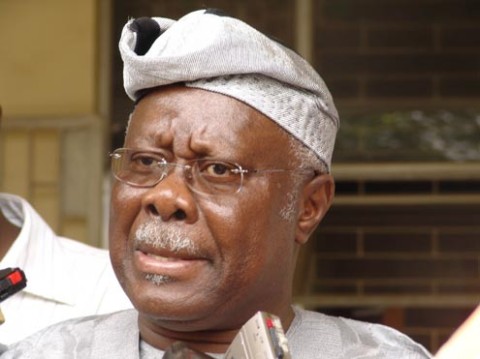 The Nigeria Youth Leaders Forum like every other Nigerians received the news of the Supreme Court’s decision which acquitted Chief Olabode George of Corruption charges which he has earlier been wrongfully convicted of by a Lagos High Court presided over by Justice Olubunmi Oyewole. Since the said judgment was delivered, there has been mixed reactions from the cross section of Nigerians over the judgment. We have also taken our time to study the Judgment and has made a holistic review of the implications of the judgment on our legal system and the rule of law in General. Of utmost interest is the latest reaction of the Economic and Financial Crimes Commission which came out to express her displeasure with the ruling of the Supreme court which acquitted Chief  Olabode George. 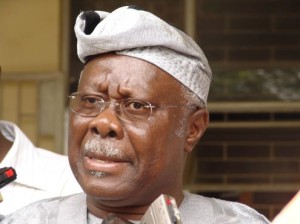 We are baffled on how the EFCC, a commission established by law could embark on such bold attempt at undermining the integrity of the Nation’s judiciary which has hitherto been instrumental to the Commission in the successes it has recorded in the past. We need to remind the EFCC that It is a trite principle of Law that a Person cannot be convicted of an offense that is unknown to Law. The EFCC as an organ expected to be conversant with such laws did rush to the Lagos High Court to prosecute Chief Bode George, made a lot of media trial of him while even the Court closed its eyes at the above principle as this was not the case when the Justice Olubunmi Oyewole Court in Lagos wrongfully sentenced Chief Bode George to prison for reasons best known to him.

That Chief Olabode George was allegedly convicted for the offense called ‘contract splitting’. Having gone through the criminal code severally before now, we came to discover that such law DOES NOT exists. The question now is ON WHAT GROUND IS THE EFCC’s Baby cry predicated upon? It is expected that the EFCC would be bold enough to admit that the Commission only did a shoddy investigation before rushing to the court to arraign Chief Bode George and others. The EFCC from the inception of the trial failed to gather any fact or evidence against Chief Olabode George before charging him to court.

As a Youth organization, we are conscious of our place in history and wish to inform the EFCC that what the Supreme Court did was to apply the law of the land and not resorting to Emotions and media trails that the Commission has become known for in acquitting Chief Bode George. We refused to be carried away by the emotions being attached to the Supreme Court ruling but have rather taken interest in its legality and constitutionality. It is not the duty of the Highest Court of the land to sacrifice the law and the Constitution on the altar of Emotions and hearsay. Nigerians must know that the Supreme Court Justices do not rule on ’emotions’. Their rulings are based on what the law is and not what the Law should be.

May we remind the EFCC and other undiscerning minds that the Supreme Court is made up of eminent Justices. We find it appalling that the EFCC could be making such public attempt to rubbish the hollowed bench. We therefore want to warn that no matter how Politically inconvenient this might be to some political opponent of Chief Bode George or the wailing EFCC, such feeling must never be allowed to crawl into the nation’s Constitutionalism and Rule of Law. The Supreme Court is the final Court in the Land. It has ruled and it is final. We believe that whosoever is not contented with this can take his case to God.

Let it be noted that our Court Judgments are written in English and not Swahili. We advise the critics of Chief Olabode George to cure themselves of ignorance by reading them before infecting other of their ignorance.

Finally we congratulate Chief Olabode George on this Long Walk to Freedom.