Jonathan to Nigerians: New Policy on Tokunbo Cars’ll Not Cause Hardship

The Federal Government of Nigeria has reassured Nigerians that his administration will not implement any policy that is capable of causing hardship for Nigerians. 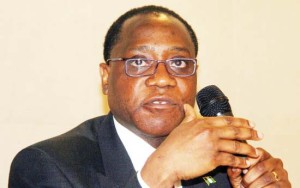 President Goodluck Jonathan, said on Friday during a 40 man delegation of the Road Transport Employers Association of Nigeria (RTEAN) led by their president, Shehu Musa Isiwele, that the proposed automobile policy which seeks to ban the importation of Tokunbo vehicles into the country is meant to create jobs through local assemblage of cars.

President Jonathan commended the union members on their acceptance of the new auto policy of government.

He noted that Nigeria currently loses $4 billion annually to importation of cars which can be used to start car assembly and create jobs.

The union presented a centenary card to the President and decorated him with the title of Great Grand Patron of the RTEAN.

In response to some of the issues raised by the association, the President promised to talk to the state governors involved in the economic management team to work with the RTEAN to ensure that the country has world class parks across.

The President also directed the SGF to incorporate the union in all programmes in the centenary celebration and promised to ensure they are represented in the boards of relevant agencies and parastatals.

In his earlier speech, the union president, Shehu Musa Isiwele, said in a resolve to partner with the Federal Government, the RTEAN planned to create 1.5 million jobs nationwide for young people in the next one year.

Isiwele mentioned that the union had flagged off a special mass transit scheme of 4,000 units of exotic brands of taxis and commercial buses/vehicles.

It union however solicited for the Federal Government’s Concessionary Sovereign Guarantee for loans and Tarriff waivers on all vehicles imported by RTEAN.

The association also demanded land allocation for the establishment of world class ultra- modern transit motor parks in each geopolitical zones of the federation with 3 to be established in Abuja.