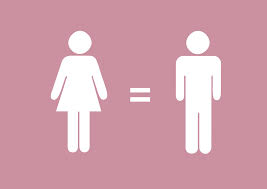 BALTIMORE, MD (AFRICAN EXAMINER) – A new report by Voices of Change (V4C), an Abuja-based indigenous Non-Governmental Organization (NGO) has reiterated the need to develop and promote positive masculinity and alternative images of what it means to be a man in Nigeria.

The landmark research report entitled, “Being a Man in Nigeria: Perception and Realities”, urged activists and stakeholders in the civil society space to collectively and consistently promote alternative notions of masculinity through high visibility, attractive and fun campaigning strategies.

The report which was officially launched in Abuja on Thursday, also harped on the need to promote the benefits of improved gender balancing in terms of equality in our society, adding that the involvement of men and boys in gender equality programmes will secure their support and commitment to the cause.

In addition, it stressed that compelling new messages should be used in explaining to and sensitizing the public that violence against women is never acceptable, condemned by most Nigerian women and that it is subject to legal and social sanctions. The report also called for the elimination of corporal punishment in Nigerian schools.

The report equally urged the media to highlight positive role models from both sexes (men and women) of different ages and in different non stereotypical context as well as promoting concept of leadership skills that can be acquired by men and women.

The report further recommended that the self-esteem of girls and young women should be built and nurtured by all known relevant agents of socialization in the society in order to enable them realize their full potentials.

Similarly, it called on religious institutions in the country to reflect and propagate the role religion can play in promoting gender equality actively. The report also suggested that religious preachers and clergymen should be supported and encouraged to deliver sermons that uphold gender equitable views.

The report equally recommended that there should be deliberate policies and legislation at both the federal and state level to ensure that male champions are actively engaged in advocating for a paradigm shift that can bring about gender equity in Nigeria.

It equally challenged research institutions in the country to conduct further research on perspectives of men and boys to uncover some of the apparent contradictions which emerged in the study.

While endorsing the report, Wife of the Nigerian President, Mrs. Aisha Mohammadu Buhari, applauded the positive changes in gender relations showcased in the report. She noted that the approach of focusing on men is a refreshing one that can allow for better understanding of the nature of relationships between men and women.

“It will inform our approach to finding ways of getting equity between both genders, because we need each other. We must salute the V4C for the foresight on the landmark report, which is a resource that should be shared globally and built upon as a fantastic contribution to knowledge from Nigeria”, she said.

Also in his appraisal of the report, Chairman of the National Human Rights Commission (NHRC), Prof. Chidi Odinkalu, said the report is a must read for everyone who considers themselves male. The report according to him, excites, informs, confirms, confounds, educates and advocates.

In his words, “The report is a rich and fascinating collection of nuggets, insights, analysis and evidence on contemporary patriarchy in Nigeria. I thought I was man enough until I read it. Having lived with what I thought was the banality of masculinity for a while, I was somewhat surprised to discover that it was possible to get a document of this depth, breath and wealth on the experience”.

Corroborating Odinkalu’s view, the former governor of Ekiti State, Dr. Kayode Fayemi described the report as a profound work of social research which in his opinion will further, “contribute in no small way to a more robust interrogation of our social construct and development thinking”.

Lending his voice to the assessment of the report, Bishop Mathew Hassan Kukah of Sotoko Diocese, admonished that the strength of the work should not be measured by how many of us agree with the conclusions.

“It should rather be measured by the value it brings in generating more among the sexes so we can appreciate why the one who is all knowing and the creator made them, male and female (Gen. 5:2)”, he further explained.