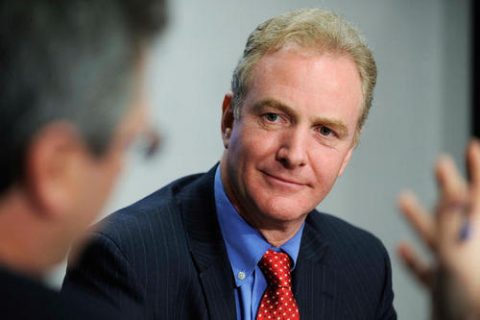 (AFRICAN EXAMINER) – US Senator Chris Van Hollen has criticized the Republicans tax proposals saying its a big tax break for the very wealthy Americans and the big corporations.

The senator, representing the state of Maryland stated this Thursday after Republicans released the framework of their tax plan.

His words: “Make no mistake – the Republican tax proposal is a massive giveaway to big corporations and the very wealthy, financed by socking it to working people in Maryland.

“If you’re a family whose estate is worth more than $11 million, a special interest group with a powerful lobbyist, or President Trump and his uber rich friends, you’re seeing a huge windfall. But how is it paid for? By hitting Americans who struggle with high medical bills or care for an aging parent and double taxing hardworking Americans by repealing the state and local income tax deduction.

“Yet all of that isn’t even enough to pay for this plan. After years of raising alarm about the national debt, the GOP plan would add $1.5 trillion to the debt – leaving future generations on the hook and endangering Americans’ retirement security.

“Republicans refuse to recognize the fact that ‘trickle down economics’ has already failed – here they are, proposing to lift yachts at the expense of everyone and everything else.

“I stand ready to work with my colleagues on a bipartisan basis to simplify our tax code, put working families first, and create jobs. Unfortunately the Republicans’ tax plan does the opposite.”