Sanusi Lamido: My Enemy, My Friend, My Hero And My Whistle-Blower 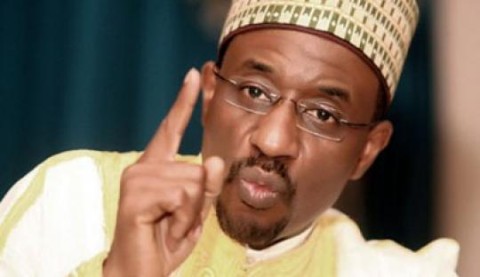 Sanusi Lamido Sanusi, the suspended and victimized Nigeria’s apex bank chief is already my man of the year for 2013- he has oscillated from my enemy to my friend, my whistle-blower and my hero. In Nigeria where religious and tribal sentiments have beclouded our reasoning that we do not see anything good in someone from another tribe, religion, political party or ideological leaning, it is not surprising to close associates that I have failed to crucify Sanusi the manner the $20 billion dollar oil thieves and their ethnically and religiously brainwashed followers wanted. 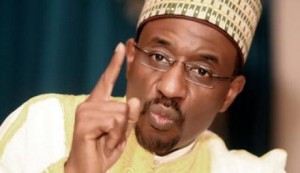 Sanusi represents many things in Nigeria. In an earlier piece “Presidential Victimization of Sanusi and the treasonable theft of $20 billion dollars’, I posited that “To many persons, Sanusi Lamido Sanusi represents many things-To majority of Christians in Nigeria, he is a religious fundamentalist who wanted to impose Islamic Banking on the nation. To some Churches, he is the villain who ordered the freezing of the accounts on accounts of terrorism. To some indigenes of Southern parts of Nigeria, he is a suspected Boko Haram sponsor. To the Kano Citizens, he is the Best successor to the throne of the Emirship of Kano. To International investors, he restored confidence in the Nigerian economy. To stock brokers, he maintained stability in the stock exchange market. To business men, he controlled inflation and brought it to all time low in many years. To corrupt bankers, he is the demon who is worse than the EFCC, seeking to retrieve money that is not his father’s .To PDP politicians; he is the Lucifer who wants to stop the accumulation of funds to prosecute the 2015 presidential elections. To financially aware depositors, he is the champion who ensured that every fund they deposited in any bank in Nigeria is always available on demand even at huge cost to national treasury”.

Sanusi is my enemy because he donated CBN money to the tune of N100 million naira to victims of Boko Haram in Kano  while abandoning that of other states especially from South East of Nigeria- he could have extended same to others.

Sanusi is my enemy because while he was proposing his Islamic Bank (which I am not against), he should have given force to our proposals for a Christian Bank.

Sanusi is my enemy because during his tenure as CBN chief, he reserved most plum jobs for his tribesmen to the detriment of other equally competent persons from the rest of the country.

Sanusi is my enemy because he mischievously blocked bank accounts of many churches in Nigeria whilst seeking for sponsors of Boko Haram.

Sanusi is however my friend because he dealt with monarchical bank chiefs who bled the Nigerian economy with sharp practices, enriching their pockets at the expense of genuine business credit administration.

Sanusi is my friend because he frowned at the huge cost of maintaining government establishments especially the National Assembly while  leaving little for capital development.

Sanusi is my friend because he maintained the stability of the naira especially at the time thieving government officials at the federal and state levels are illegally transferring over $25 billion dollars annually at great cost to capital retention in the economy.

Sanusi is my friend because he used federal reserves to shore up bank reserves of distressed banks, thereby giving Nigerian depositors ultra-caste protection and restoring confidence in the banking system.

Sanusi is my friend because while hiding the identity of certain religious leaders, he attacked their acts of aiding and abetting corrupt practices among the banking communities in Nigeria.

Sanusi is my hero because led or (misled) the international community to believe that poverty is largely responsible for militancy in the north-thereby effectively drawing international sympathy to his northern brothers- something our Igbo politicians are too timid to do.

Sanusi is my hero because he exposed the level of rot among the governors of South South region who stole their states blind and enriched banks and businesses in the US and Europe- while leaving their people in poverty.

Sanusi is my whistle blower because he refused to be bribed, settled or intimidated into stomaching a monumental corruption that can cause $ 20 billion dollars (N3.6 trillion naira) to disappear in just eighteen months under his constitutional oversight. He sided with the Nigerian people instead of the looters.

I have said it at different public forums that an Igbo man who used his influence to attract $ 1 billion dollars of national cake to develop the South East is far better than one who stole $ 10 billion dollars and reserved it for his family in a foreign bank. Sanusi’s intervention fund favored the north more than the south. He is better than other government officials who embezzled hundreds of billions for the benefits of their family while abandoning the rest of the north in poverty.

Sansusi in my view is not as bad as people tried to portray him. He has a rare courage lacking in most establishment critics.  He understands the level of poverty of his people and knew what to do to help them, hence his Islamic Bank. However, the manner the bank was presented to the public was very offensive and attracted enemies. Sanusi was looking for sponsors of Boko Haram and asked banks to blocked accounts of some churches till they meet certain suspicious guidelines. I found that act irritating, thus when my fellow senior Christian clerics ordered me to rescue the situation, I carefully released a report on the issue causing the apex bank to refreeze churches accounts within 24 hours.

Were Sanusi to be Igbo, with his abrasive adamancy, the entire world would have known that some blood thirsty Nigerians murdered 2 million Igbos unjustly, and probably the international community would have forced the Nigerian State to pay reparations in trillions of naira. Were he to be Igbo, probably a new Niger Bridge, Onitsha Sea Port and Umuahia International Airport would wither have been built or nearing completion stages.

Sanusi occasionally exhibits official recklessness, which in itself could be irritating. However, his official recklessness equally saved the banking industry, stabilized the naira, reduced inflation and exposed monumental corruption. Let us see Sanusi through lens devoid of tribal sentiments or religious animosity and many could agree that Sanusi could be an enemy, a friend, a hero and a whistle blower all rolled into one.