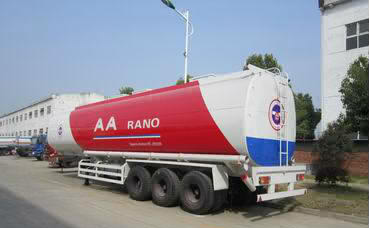 Soldiers attached to the 144 Battalion, 14 Brigade Ohafia, Abia State on Tuesday impounded and set ablaze a truck with no registration number carrying about 33,000 litres of stolen crude oil.

African Examiner further learnt that the Mack truck was discovered by the soldiers where it was parked along Udeagbala road located at the Abayi area of the Abia commercial city.

A source told our correspondent that for fear of arrest, the driver and conductor of the truck fled before soldiers arrived the place where the heavy duty vehicle was packed.

Speaking with newsmen shortly before the tanker was burnt, Head of the Pipeline Monitoring Unit, Brigadier General Adeosun Lamidi, who spoke through Captain. Ibrahim Amaya, disclosed that investigation by the security operatives confirmed that the tanker was conveying crude oil stolen from the pipeline, adding that the driver and the conductor escaped because the truck doesn’t have any means of identification.

His word: “We got information about a truck coming from Rivers State conveying crude oil to unknown destination. This is one of the so many trucks we have burnt in Aba and Ukwa area.

“This is not the first time we are doing this. We have previously set ablaze two long trucks with stolen crude and two container-sized truck with locally refined crude oil before now. This is the fourth truck we are setting ablaze this way.” he hinted

The Army officer however, vowed that the Unit will continue to burn trucks with stolen crude oil to serve as a deterrent to others who would want to rent out their trucks for the illegal business, stressing that the Army have declared a manhunt on the perpetrators..

“Our Commander, Brig. General Adeosun Lamidi is a man known for zero tolerance for pipeline vandalism. As the vandals step up their game, we are also working hard in conjunction with other security agencies to also outsmart them,” Amaya declared.