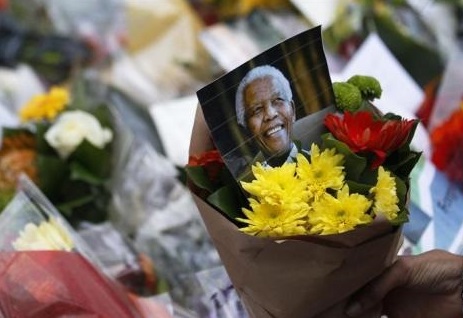 (Reuters) South Africa will bury Nelson Mandela on Sunday, closing one momentous chapter in its tortured history and opening another in which the multi-racial democracy he founded will have to discover if it can thrive without its central pillar.

The Nobel peace laureate, who suffered 27 years in apartheid prisons before emerging to preach forgiveness and reconciliation, will be laid to rest after a state funeral mixing military pomp with the traditional rites of his Xhosa abaThembu clan.

The ceremony in the rolling hills of the Eastern Cape has drawn 4,500 guests, from relatives and South African leaders to foreign guests including Britain’s Prince Charles and American civil rights activist Reverend Jesse Jackson.

The anti-apartheid leader died in Johannesburg on December 5 aged 95, plunging his 53 million countrymen and millions more around the world into grief, and triggering more than a week of official memorials to the nation’s first black president.

As many as 100,000 people paid their respects in person to his lying in state at the Union Buildings in Pretoria, where he was inaugurated as president in 1994, an event that brought the curtain down on more than three centuries of white domination.

When his body arrived on Saturday at his ancestral home in Qunu, 700 km (450 miles) south of Johannesburg, it was greeted by ululating locals overjoyed that Madiba, the clan name by which he was affectionately known, had “come home”.

“After his long life and illness he can now rest,” said grandmother Victoria Ntsingo, as military helicopters escorting the funeral cortege clattered overhead. “His work is done.”