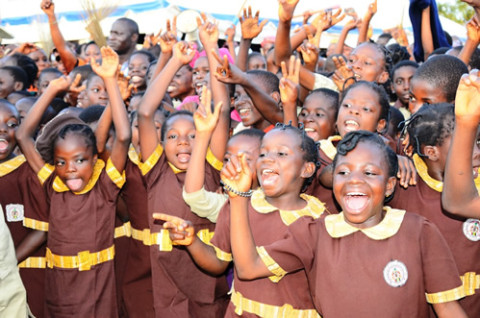 Primary and secondary schools in the South Eastern States of Nigeria Monday resumed for another academic session, amid fear of Ebola infection and complaint over non provision of sanitary materials by some states, notably, the Enugu and Anambra state  governments.

The schools re-opened in compliance with the Federal government’s directive of Monday, September 22, about three weeks ago, by the Minister of Education, Mallam Ibrahim Shekrau. 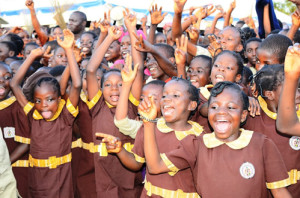 When AFRICAN EXAMINER Correspondent visited some schools early Monday morning in Enugu, students were seen cleaning their class rooms under the supervision of their teachers.

Speaking to newsmen, the Head Mistress, New Haven primary school Enugu, Mrs. Benedith Ozioko, expressed dismay with the state government inability to provide them  water and other sanitary items such as sanitizer and detergents, needed for the personal hygiene of the pupils as well as to prevent spread of the deadly Virus.

She said prior to the resumption date, the state Commissioners for health and education, had assured schools that all the necessary disinfectants including water would be provided in all the schools, regretting that government failed to keep its earlier promise.

“Although the state government was yet to provide preventive kits against the disease, they have organized an internal arrangement to protect ourselves. We are looking forward that may be by tomorrow (Tuesday), that government will support us,’’ she said.

“We have running water in our school, we will make sure that our students are protected,’’ Adekunle affirmed.

The Headmistress of May Blossom Schools,( Private) Mrs Josephine Mgbemena, said the school had provided hand washing points in each of the classrooms, as well as sanitisers and infra-red temperature detector to test pupils and students.

“We used the infra-red temperature detector to test all the pupils and students at the secondary section this morning.

“We will continue with this process to ensure the safety of our children,’’ Mgbemena said.

However, some parents who spoke, said they took their children,  to school as there were no cases of the disease in the state.

“At National Grammar school in Abakpa Nike, the Principal, Mr Godfrey Ezike said there were no measures put in place by the government yet.

“As you can see, the students and teachers attended en masse. We have 200 students in attendance”

“The government is yet to put in place measures against the disease in our school but we have repaired our tap to also help ourselves with water”.

Unlike Enugu, Ebonyi, Abia and Imo states, where both public and private schools reopened for academic businesses, only public schools turned up in Anambra state.

Early monitoring by our Correspondent in Awka, the Anambra state capital, and Nnewi, showed that, virtually most private schools did not reopened.

AFRICAN EXAMINER gathered that some of the public schools which resumed in the state complained bitterly about the failure of the state Ministry of Education to provide them with sanitary materials.

Meanwhile, about 22 states of the Federation including all the South Western states, Akwa Ibom ans some Northern states flouted Federal government directive as they have variously announced different dates in October for resumption.