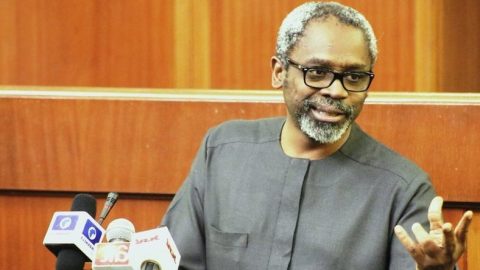 (AFRICAN EXAMINER) – Speaker of the House of Representatives, Femi Gbajabiamila, has said that the opposition members would be carried along in the composition of chairmen for the various committees.

Speaking with State House Correspondents after meeting with Vice President Yemi Osinbajo at the Presidential Villa, Gbajabiamila said the chairmen of the committees would be unveiled in the next few week.

Gbajabiamila, who is making his first official visit to the Vice President after his election as Speaker, maintained that he would do things differently while building on the achievements of the last eighth assembly.

“Like I have said, the reform will be fished our in piece meal so as not to shock the system. But they will be reforms that will be for the benefit of the country.  We expect the cooperation of all facets of government, including the executive and you – the journalists and including our constituents”

On whether he will carry the opposition members along in terms of committee chairing, Gbajabiamila said, “the committees would be unfolded in the next few weeks and you will see how we intend to carry them along. I don’t want to let the cat out of the bag but you can be assured they would be carried along”

“So these were the issues we discussed. It wasn’t a personal meeting but you can call it a hybrid – between the personal and official but mostly it’s official. How the executive and the legislature can collaborate to make life better for Nigeria and Nigerians”, he said