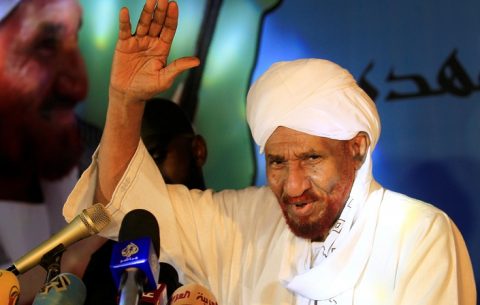 (AFRICAN EXAMINER) – Sudan’s opposition on Tuesday, prepared for a massive strike, shortly after power-sharing negotiations with the military council stalled once again.

The Sudanese Professionals Association (SPA) said in a statement that the parties have been unable to agree on the final details of a “sovereign council,” a supreme body that would rule the country until elections, following the ouster of Omar al-Bashi.

SPA, which has spearheaded months of protests, called on opposition supporters to prepare for a general political strike and a civil disobedience campaign to bolster their demands for a civilian-led government.

Negotiations between the military council and opposition members had been bumpy for several weeks.

On May 16,  both sides announced a 72-hour suspension of talks after being unable to come to an agreement.

Negotiations had then resumed on Sunday.

Thousands of Sudanese protesters meanwhile remain gathered outside the army headquarters in the capital Khartoum, continuing their months-long sit-in that began with the demand that the military hand over power to a civilian government.

Political unrest in Sudan reached a fever pitch December 2018, when a sharp hike in bread and fuel prices caused a public outcry.

One month later, protesters began calling for the ouster of al-Bashir, who has been sought by the International Criminal Court for severe human rights violations in Sudan’s Darfur region.

The military intervened in April by launching a coup and arresting al-Bashir, but the subsequent installation of interim military leaders was rejected by protesters, who have continued to call for a civilian government. (NAN)