T.B. Joshua Says PDP Will Pay Lots of Price To Unite for 2015 Elections 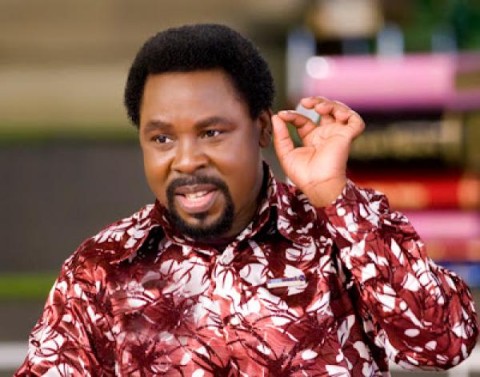 Prophet T.B. Joshua of The Synagogue Church Of All Nations (SCOAN) has revealed that many corrupt leaders will go down in 2014 even as he warned Nigeria’s opposition party APC against members who are with them in flesh and not in spirit. 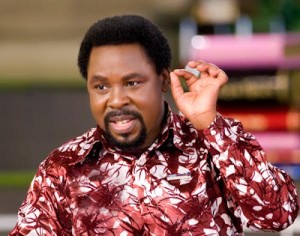 Prophet T.B. Joshua of The Synagogue Church Of All Nations (SCOAN)

Making his prediction to herald 2014, Prophet Joshua also revealed that the ruling PDP would pay any price to unite its warring members and added that many mighty people within the party will go down this year.

“This new year 2014 is not like any other year in the past. It is a year of crossing the bridge. To cross the bridge, you need to grab onto faith. This is not going to be easy for the mighty. Many of the mighty will fall. Pray for them.

“The rich, famous and popular people – many will fall this 2014 because crossing the bridge is not going to be easy; they need God. Many of them believe it is their own making to be great in their own area of expertise.” He declared

On the main opposition party, All Progressive Congress (APC) which is struggling to wrestle power from the ruling PDP, the man of God has this to say:

“There will be a leadership tussle over who will lead and who will be presidential candidate in APC which will affect them as a political party. They should be vigilant. Many are with them in flesh but not with them in spirit.”

On the ruling PDP, he said the party will pay lots of price to re-unite its members but added that many of their corrupt leaders will go down in 2014.

“Many of the key leaders in political parties will go down in 2014. If many key leaders go down with 2014, what will now happen in 2015? Pray for 2015 to be fulfilled. The beginner is not the owner but the finisher.” He stated

The prophet also added that many people that are not known would rise by destiny in 2014 around the world.