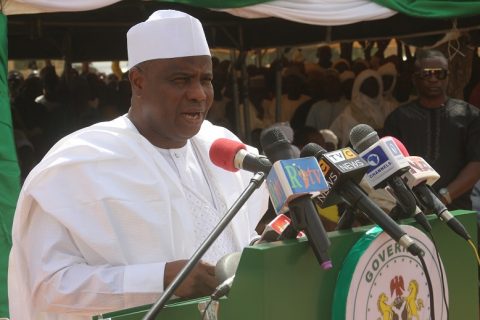 The company was established in 2017 as a joint-venture entity between the Sokoto state government and IML Industries Ltd.

Speaking at the flag-off ceremony, Tambuwal said the event is a clear testimony of his administration’s ongoing efforts to enhance the economic well-being of the people of the state.

He said apart from the fertilizer company, other policies have been implemented in order to put the state economy in the right direction.

“The micro and macro-economic policies of both the federal and Sokoto state governments have started yielding positive results. As we can see, positive results have been churned out from sectors like agriculture, manufacturing, entrepreneurship development and other areas in the social investments chain.

“It worthy to note that governments at all levels are making progress in empowering the people to become self reliant with a view to addressing socio-economic challenges bedeviling the country,” he added.

Tambuwal said Sokoto state is one of the few states in Nigeria endowed with lots of unexploited natural resources adding that significant progress has been made in the last two years in harnessing such resources for the benefit of the people.

He said government’s strategic investment plan has been worked out and is being implemented through a special purpose vehicle (SPV) under the management of Sokoto Investment Company.

He also announced the purchase of two trucks of the fertilizer for each of the 23 local government areas in the state totaling over N104 million.

In his remarks, the Managing Director of the company, Alhaji Bilya Sanda, said when in full operation, the company can produce 20,000 bags of organic fertilizer daily.