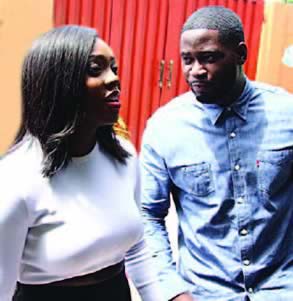 LAGOS, NIGERIA (AFRICAN EXAMINER) – If the latest developments and attendant speculations are anything to go by, the adorable popular female singer, Tiwa Savage might eventually reunite with her former Manager and husband, Tunji Balogun, aka Teebliz.

According to The Punch, a popular Nigerian blog reported Wednesday that Tiwa and her husband had been attending a counselling clinic somewhere in Lagos. It was also insinuated that the couple had been sighted on one occasion, attending an event together.

It would be recalled that Tiwa and Teebliz some months ago, separated when they could not manage the ensuing crisis between each other. The misunderstanding reached an extreme level in which the couple posted on social media allegations and counter, some of which ordinarily ought to be exclusive to them.

The couple also granted interviews to various conventional mass media, in which they made various serious accusations against each other.