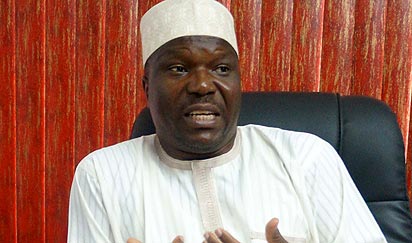 The Trade Union Congress of Nigeria (TUC) has described the proposed merger of the three aviation agencies, Nigerian Civil Aviation authority (NCAA), Nigerian Airspace Management Agency (NAMA) and Nigerian Meteorological agency (NIMET) by the Federal Government as inappropriate, ill-timed and at variance with Nigeria’s obligation as a signatory to Chicago Convention 1944. 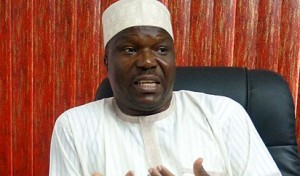 The TUC National Executive Council (NEC) disclosed this in a communiqué after its meeting in Abuja, signed by President, Comrade Bobboi Bala Kaigama, and the TUC Secretary General, Comrade Musa Lawal, that in this age of specialisation, it makes no progressive sense to merge such regulatory agency as NCAA with service providers; NAMA and NIMET.

The Council stressed that NCAA will be distracted from concentrating on its core statutory mandate of over sighting the safety and security of civil aviation if the move is carried out..

The meeting calls on President Goodluck Jonathan, to direct the reversal of the merger, which creates a situation of conflict of interest and paints Nigeria in bad light before the International Civil Aviation Organisation (ICAO) in the interest of professionalism and safety of civil aviation

On the merger move of the medical sector, the NEC equally opposed the merging of health regulatory bodies of different professions such as Medical Rehabilitation Board of Nigeria, Dental Therapists, Optometrists, Opticians and Dental Technicians, among others.

The Congress expressed believe that such move will lead to conflict among the different professionals, thus creating crisis in the sector which is not in the best interest of the healthcare sector and the masses of the country.

On Petroleum Industry Bill (PIB), NEC-in-session notes with dismay and worry the continued delay in the passage of the Petroleum Industry Bill (PIB) despite several pronouncement and directives by Mr. President aimed at ensuring the accelerated passage of the Bill, and based on which Mr. President would expedite assent to the Bill as an Act of Parliament.

The NEC expressed discontent over the lack of political will being exhibited over the Bill’s passage, since it has long undergone all the appropriate inter-agency and legislative processes including the reviews of the presidential taskforce for its accelerated passage.

The meeting urges Mr. President to personally intervene with a view to breaking all the impediments affecting his speedy assent to the Bill. The meeting expresses strong hope that Nigeria’s aspiration to optimize the use of our oil and gas resources and potentials across the value chain will bring relief to the industry and other strategic sectors of the economy, particularly the power sector where over 85% of electricity generation plants are thermal and depend on gas to power them.

On counterpart funding challenges in the oil and gas sector, the communiqué noted that growth and development of oil and gas has been at the lowest ebb due to the failure of the federal government through the Nigeria National Petroleum Commission (NNPC), as senior partner, to release its counterpart fund for the joint venture projects in the sector. The meeting notes that the situation is having serious toll on oil revenue, with attendant implications on the statutory allocation to the various tiers – federal, state and local governments, the MDAs and others bodies that draws fund from government purse.

It therefore called on government to take urgent and decisive steps to fulfil its own part of the agreement on the stalled projects in the oil and gas sector some of which are over ten years.

The communiqué on power sector observed that Nigeria’s economic breakthrough and its efforts at becoming major investment destination in Africa may be difficult to attain unless the government take steps to intervene on the observed gaps and inadequacies in the privatisation process of the power sector which has continued to stall the strong hope of ensuring adequate, stable and regular power supply.

The meeting pleaded with President Jonathan to expediently intervene, while it implores the World Bank and other financiers to help assuage the hi-cups in the power sector.

The issue of privatisation of state assets was also discussed at the NEC meeting especially those that are socio-economically strategic and of sensitive importance to national development and growth should be treated with caution and with due involvement of labour with a view to jointly ensuring due diligence and the right business model that will foster long term sustainability of the enterprise so transferred to private sector ownership, the integration of workers that will be engaged by the enterprise and those that will have to be released in the process.