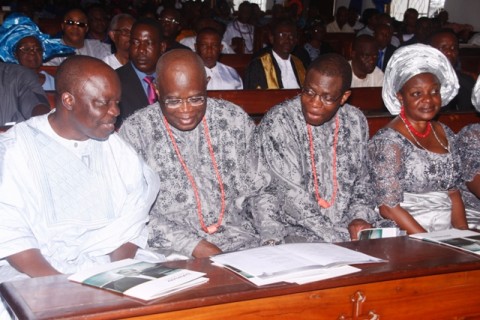 Delta State Governor, Dr. Emmanuel Uduaghan at the weekend stressed the need for the various ethnic groups in the country to forge a common front towards making Nigeria a great a prosperous nation. 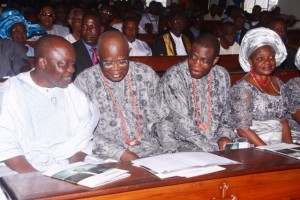 Besides, he disclosed that the state government would soon tackle the traffic and sanitation problems in some part of the state.

Governor Uduaghan who spoke at the funeral service of late Pa Nawe Eric Akporiaye in Warri promised to see his agenda to transform Warri city through before leaving office.

Dr. Uduaghan observed that the late Akporiaye, who was father of the Chief Medical Director of the Delta State University Teaching Hospital, Oghara, Dr. Leslie Akporiaye, represented a generation of Warri indigenes that stood for unity and harmony among the ethnic groups that dwell in the city.

Lamenting the ethic distrust that now prevails in the city, Uduaghan noted that Warri became famous not necessarily because of industrialization but for people like Akporiaye who were worthy ambassadors of the city.

He urged the various ethnic groups in the state and Warri in particular to borrow a leaf from their progenitors and learn to live in unity and join hands with his administration’s determination to restore the lost glory of the city.

The Governor assured that his administration was committed towards transforming Warri into a modern city that would be the envy of others in the country.

Dr. Uduaghan explained that the State Government was executing an agenda, ranging from traffic control, junction improvement, road rehabilitation and expansion, general improvement in transport infrastructure, waste management as part of measures towards transforming the urban areas and cities in the State.

Governor Uduaghan decried poor sanitary habits, indiscriminate trading and parking on walk ways and on streets, warning that the State Government would soon come out sternly against such practices.

In a sermon, the officiating minister, Reverend Justin Okoroji (Junior) charged the living to take the biblical water of life and live right to enjoy divine favour.

He emphasized that man would certainly account for his days before God hence the need to be sure we finish well on earth.