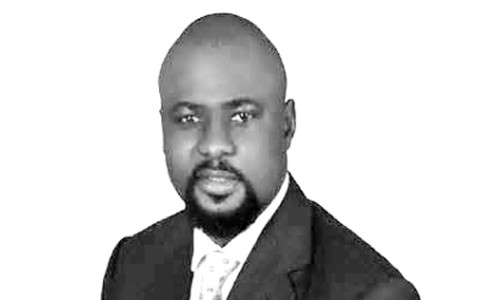 The Enugu state Commissioner for lands, Dr. Chukwuemeka Ujam, may soon be in trouble over his alleged involvement in a land scandal belonging to the southeast zonal offfice of the National Emergency Management Agency (NEMA).

Dr. Ujam, our correspondent gathered is accused of re- allocating a piece of land belonging to the south east zonal office of National Emergency management Agency NEMA, to St. Joseph,s vocational institute, Enugu, after allegedly collecting gratification from the School. 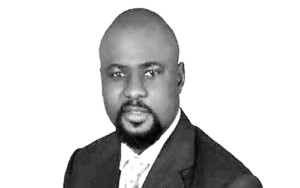 The land in question, plot M23D located at Independence layout (Main), Enugu according to African Examiner’s investigation, was officially allocated to NEMA by Enugu state government in 2008, for the erection of its southeast zonal office.

According to a source close to the agency, who do not want his name in print, “after paying all the necessary and relevant land fees to Enugu state government, NEMA, was issued with a certificate of occupancy (C of O) No, 039348 on march 21st, 2011.

“But surprisingly, on July 2nd, 2013, the federal government Disaster handling agency, noticed that there was an encroachment on the land, which it immediately reported to the state ministry of lands.

The source added that despite government declaration that the land belongs to NEMA after the formal complaint, the encroachment continued.

Said the source: “as a way of halting further encroachment, NEMA, mobilised its contractor to site on 6th of December, 2013, for the commencement of work, but sadly, the contractor, and his men were attacked, seriously beaten, and arrested by some armed hoodlums, believed to be working for the trespasser at the site.

The attack, the source said, was also reported to relevant state government agencies and the police, saying “it was at that point the police came in and invited NEMA and the trespasser, for discussion, saying prior to the police intervention, the encroacher was faceless.

Our correspondent learnt that shortly after the police waded into the matter, which was assigned to a Deputy Superintendent of Police, (DSP) Godwin Wekwan, of the state Intelligence Bureau, it ordered both parties in the matter to stay clear of the land.

The idea was to enable the security operatives carry out their own private investigation with a view to ascertaining the authentic owner of the controversial land.

Our correspondent findings, revealed that while NEMA complied with the police directive, the second party, St. Joseph institute, continued with construction work at the site, even as one of its ongoing building has reached advance stage at the moment.

However, the matter took a new twist early this year, when St. Joseph’s lawyer, Anthony Mogboh, a senior Advocate of Nigeria (SAN) wrote NEMA a letter, warning the federal government agency to stop trespassing on its clients land.

In the letter dated 7th, January 2014, titled “Trespass by NEMA on land belonging to St. Joseph,s Vocational institute Enugu” addressed to the south east zonal office of NEMA, Mogboh, had claimed that the plots were allocated to his clients by Enugu state government.

Meanwhile, the NEMA source, who said the agency has written several letters requesting the state government to wade into the matter but to no avail, has called on Governor Sullivan Chime to as a matter of urgency intervene in the case, so as to fish out those culpable in the alleged shoddy deal

Efforts to reach the commissioner failed, as several calls put across to his mobile phone were unsuccessful.