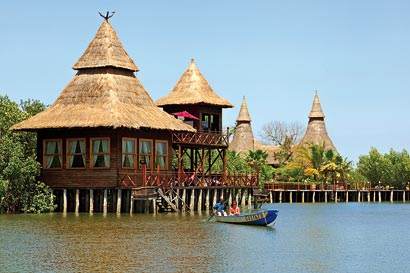 BALTIMORE, MD (AFRICAN EXAMINER) – The Secretary-General of the UN World Tourism Agency (UNWTO), Mr. Taleb Rifai, has hailed demonstration of political will by the Nigerian government to give tourism a face lift in the country.

Mr. Rifai made the declaration Tuesday at the opening of a two-day meeting with the Minister of Information and Culture, Alhaji Lai Mohammed, in Madrid, Spain

”There is the existence of political will and we can feel it from outside (the country),” Mr. Rifai said

”Anyone who is interested in Nigeria will know the positive development that has taken place (in the country)” he said, adding that there is the need to ”tell this story to the world”.

The UNWTO Scribe who noted that tourism contributes 10 per cent of global GDP and creates one out of every 11 jobs, expressed delight at the opportunity provided by the Minister’s visit for the agency to seriously engage with Nigeria, instead of the ”casual engagements” which both (UNWTO and Nigeria) has had in the past.

”Nigeria is absolutely very important to us. The success of Nigeria is positive for the (African) continent and the world,” he stressed.

On his part, the Minister briefed the UNWTO Secretary-General and his delegation on the political, economic and security situation in Nigeria, saying while the country is still going through a tough time, the government is focused and determined to take it out of its present predicament.

Alhaji Mohammed stated with the defeat of Boko Haram in the North-East and the ongoing engagement of the militants in the Niger Delta by the Federal Government (FG), Nigeria is on top of the security situation in the country.

He indicated since Culture and Tourism has been identified as one of the sectors that form the plank of the country’s diversification efforts, there has been a definite move to resuscitate the President Council on Tourism (PCT), the highest advisory body on tourism in the country.

The Minister also told the UN agency of his plan to visit each of the clusters identified in the country’s Tourism Master Plan as part of an overall effort to re-ignite it and encourage domestic tourism.

He urged the global body to support Nigeria’s tourism development through the provision of technical assistance, especially in the area of data gathering and processing, as well as capacity building.

”In particular, we are planning capacity building centre for women in tourism in each of the country’s six geo-political zones, because when you empower women, you empower the society,” Alhaji Mohammed said, adding that the assistance of the UNWTO in this regard would be a welcome development.

The Minister, who was accompanied to the meeting by officials of the Nigerian Embassy in Spain and the Ministry of Information and Culture, is in Spain at the invitation of the UNWTO Secretary-General, who has promised to work with Nigeria in designing a programme that can give a fillip to the development of tourism in Nigeria.