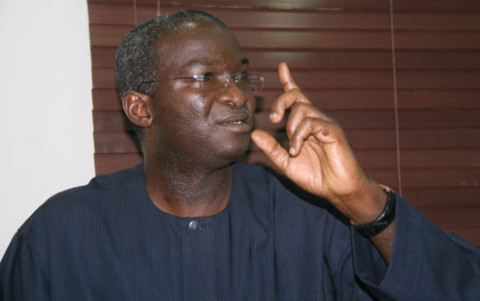 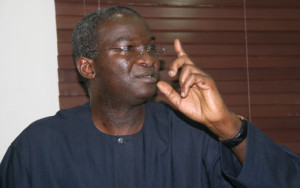 The governor, who spoke when he donated security vans and others to the police in Lagos said it was improper for the US to have made its statement public through the social media as such act could only create panic as well as breached the international on releasing such information.

Fashola, who was asked by newsmen to react to the US’ statement, said “it raises more questions really rather than respond to it. We need to first ask, was that a United State of America government’s release? If it is, it raises new dimension into the obligation of nations and government around the world to ensure peace and to cooperate with one another.

“I think the thing to say first is that there is a fundamental freedom that seems to have gone out of our daily discusses, which is the freedom for fear. And this was a freedom that was recognized in 1948 when the declaration of rights were been adopted as a global publication. As I said, until I am certain that piece came from a government agency of the USA, I can only speak on the bases of the gravity of such information assuming that it was true.”

“It violates that conventional global obligation. I think that there are channels of communication that information of that type can be shared without creating panic. And I think that citizens of all nationals can be protected without throwing a cat among pidgins,” he added.

According to Fashola, there was a time he received information that a particular commercial bank was about to be robbed, saying he did not go out and announce to the public that such act would be committed in the state.

He said all he did was to call the security officials and “what we did was to sleep inside the bank. The robbers came at night, and we apprehended them without the public idea except the bank manager who was aware on why we visited the bank and our mission and I think that is the way people must act.

“I will hope that we are more circumspect in the way we share information and that our intentions are noble. This is very important. At this time, what the country needs is more information in the right hands, to the right places. This will assist our agencies and government to overcome this difficult period. And not disseminating information through the social media especially in a way that there is no control and management. Anyone who does that doesn’t mean well for the country.”

However, the governor donated 100 patrol vans, 50 motorcycles, one towing van, five Black Maria to the Lagos State Police Command to fight crime in the state, saying that the patrol vans and motorcycles were donated, through the state’s Security Trust Fund to strengthen security in the state.

The governor urged police personnel to be dedicated to their duty and ensure judicious use of the items, saying that “all of these tools mean nothing unless we have dedicated men and women who choose to act professionally in the responsibility of law enforcement entrusted upon them.”

He appealed to residents to co-operate with the state government in providing security by report suspicious activities of criminals in their communities, urging them to always dial the state’s emergency numbers of 767 and 112 when in distress for security assistance.

Commissioner of Police, Umar Manko thanked Fashola for the donations, promising that the police would brace up in the battle against crime in the state.