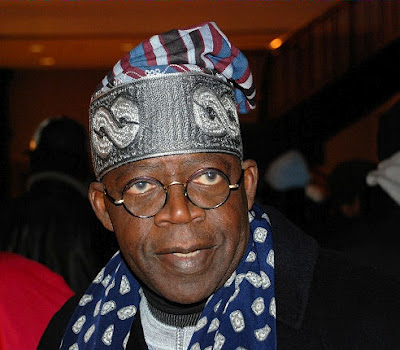 Voting is currently ongoing at the All Progressive Congress (APC) Lagos Governorship primaries, with the National leader of th party, Asiwaju Bola Tinubu charging the aspirants to accept the outcome of the primaries.

Voting started around 2.20pm (Nigerian Time) and will not end until every delegate has voted and this may drag on to around 9.00pm.

As at 5:41pm (Nigerian Time), only delegates from six, out of the 20 Local Governments of the State have voted. Delegates from Epe, Badagry, Ikorodu, Ibeju-Lekki, Ojo and Agege have voted so far.

Speaking at the event, Tinubu charged all the 12 aspirants to accept the result of the primaries

His speech was read by the Lagos Publicity Secretary of the party, Joe Igbokwe. He said over 6,000 delegates had gathered to choose a governorship candidate among the 12 aspirants, saying the event marked the beginning of the march for democracy.

Tinubu reminded them that only one of them would emerge winner at the end of the day, saying that all of you are qualified but only one of you will win. We must join hands together to ensure the party wins at the general election. The way you conduct yourself will determine how Lagos State presents itself. All of you should comport yourselves and accept the result of the primaries as the choice of the party,” he said, adding that the party had worked tirelessly to make “today possible.”

The former governor said the enemies of the party were waiting to see if the APC would fail, warning the aspirants not to destroy the party.

At the primaries held at the Onikan Stadium, Lagos Island over 6, 000 delegates showed up to cast their votes for the aspirants of their choices. Security at the venue of the event was very tight as over 200 policemen led by the Lagos Commissioner of Police, Kayode Aderanti provided security at the event.

Anti-bomb experts ensured that people were thoroughly screened before allowed access to the stadium for the event.

The event started around 1.30pm with opening prayer by both Muslim and Christian clerics.

Ajomale used the opportunity to debunk claims that he sent text messages to delegates to vote for an aspirant, saying the text messages did not emanate from him.

“I did not send text message or tell anybody to vote for certain aspirant, all the delegates are mine, vote according to your conscience, I denounce that text message openly here,” he said.

Ajomale described the bulk text messages as fraudulent and malicious, saying that he is not associated with the text messages.

He said in the light of the above, he had forfeited his right to vote at the primaries to show that his hands were clean.