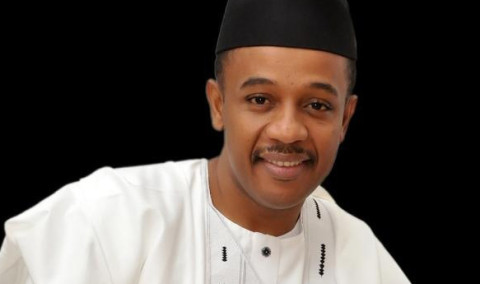 As the race for the Niger State People’s Democratic Party (PDP) gubernatorial primary draws nearer, pressure has continued to build up stronger and stronger to have Alhaji Umar vie for the highly challenging position. 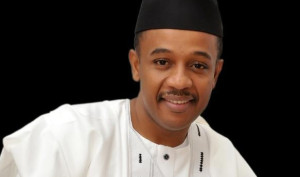 African Searchlight investigations revealed that individuals and pressure groups in the state have embarked on a proactive drive to ensure that the youthful administrator occupies the reverred office to become the number one citizen of the state.

In a recent interview with reporters, Alhaji Nasko however said if given the opportunity to serve, he plans to consolidate on his earlier contributions to the development of Niger State’s infrastructure, tourism and youth.

Nasko, who is currently the Chief of Staff to the Governor of Niger State, stressed that the uplifting the state in the areas education, agriculture, and sports would also be on his list of priorities, if he emerges as the state’s next chief executive.

He added that his initiation of the “Green the Niger Initiative” when he was a commissioner of environment, remains a glaring evidence of his commitment to speedy infrastructural development in the state.

“The “Green the Niger Initiative” saw Niger State, especially Minna city wearing a new look in terms of serenity, cleanliness and evacuation of debris, dust bins, and other environmental-polluting agents, thereby restoring high level of hygiene with far-reaching implications on human health and longevity”. He noted.

Nasko who also holds the traditional titles as the Jarman Kontagora in Kontagora Emirate and Sarkin Kudun Birnin Magaji in Zamfara State, also stated that during his service at the ministry of environment, ecological devastating factors such as erosion have been brought under control as a result of his timely intervention and initiative.

“Desilting of drainages around Minna is one of the good things that have ever happened to Minna because dangers of flooding have been averted. He said.

The 40-year-old politician who joined the PDP in 2003, pointed out that some of his achievements as the commissioner for transport and infrastructural development included, the renovation of five roads in Minna Metropolis, construction of Lumma-Umma Road, Batati-Dabban Road, Kutigi-Fazhi Road, Bonu-Gurara, Mokwa-Raba/General Hospital Access road, and construction of access road to Fuel Dump at Minna International Airport.

According to Alhaji Nasko, some of the annual cultural festivals organized by local governments, such as the Gani Cultural Festival, Kutigi in Lavun Local Government Area, Ebiko Fishing Festival, Nuwokota in Gbako Local Government have been brought into more lime light and expected to be raised to international standard in the near future.

He added that all the abandoned tourist sites like the famous Zuma Rock, Gurara Water Falls, Zungeru Colonial Ruins were renovated when he served as commissioner for tourism and culture.

Nasko, fondly described by many as “Sarkin Aiki”, meaning chief worker, said people’s lives have been transformed like never before due to renovation of roads, schools, market stalls, boreholes and other infrastructural facilities when he was appointed by the Niger State Government as the Coordinator of the Ward Development Project in Magama Local Government Area.

On the present level of development in Niger state, the former commissioner commended the present administration under the “Chief Servant” Governor Mu‘azuBabangida Aliyu for initiating and executing laudable projects responsible for the enviable progress recorded in the state.