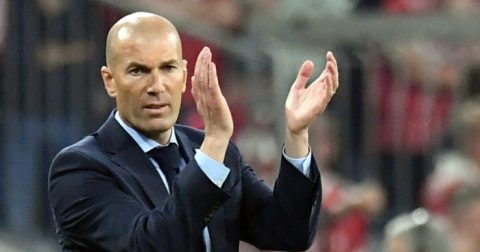 (AFRICAN EXAMINER) – Former French International Zinedine Zidane has declared that he is stepping down as Real Madrid boss.

Zidane’s declaration was made five days after leading the team to a third straight Champions League triumph, saying the club needs “a different voice”.

He has also guided the Spanish club to three successive Champions League titles and one La Liga success since taking over in January 2016.

Speaking at a news conference, Zidane said “everything changes” and “that’s why I took this decision”.

“I love this club; What I think is that this team needs to continue winning but I think it needs a change, a different voice, another methodology” he added.

Zidane, 45, took over after Rafael Benitez who was sacked and was in charge for 149 games.