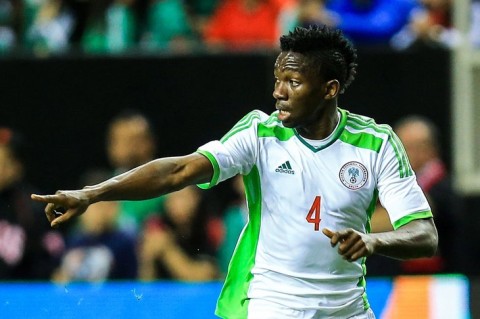 IGNATIUS OKPARA, Enugu – Ahead of the 2016 (RIO) Olympic games tagged “Brazil 2016”, a Lagos based Sprinter development outfit, “Making of Champions” has begun a 2- day talent hunt of young grass root Athletes in the south east Nigeria.

The event, according to initiator of the programme, Bambo Akani, is aimed at discovering scores of young talented Athletes wasting in parts of south east, Nigeria, especially at the rural communities.

He said the organization, is poised towards reviving and grooming Athletes between the ages of 16-25 that would feel the gap created by exit of Nigeria ex- international Olympians, as Deji Aliu, Gloria Alozie, Unchenna Emedolu, Francis Obiekwelu, amongst others.

The south east audition, scheduled for Nnamdi Azikiwe stadium, between friday, 20th-saturday21st, march 2015, will feature some of the legend Athletes, including Alozie, Emedolu, and Obikwelu.

Briefing sports Writers yesterday on the prgramme at the Nnamdi Azikiwe stadium Enugu,Bambo, along side Gloria Alozie, Emedolu and Obiekwelu, had called on youths of the zone to embrace the audition.

The Athletic enthusiasts declared, “the race to find Nigeria’s next generation of Onympians continues”

Emedolu, in a brief comment, had tongue lashed the Athletes Federation of Nigeria, AFN, for the unfriendly manner it had been treating ex- internationals.