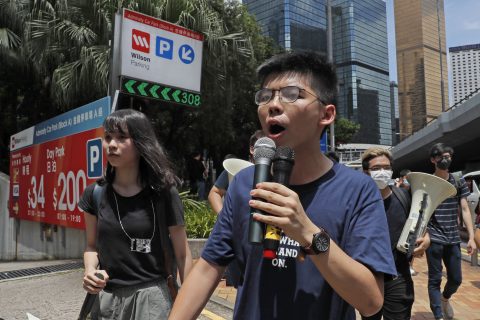 (AFRICAN EXAMINER) – Taiwan says it is “extremely concerned” by reports about the arrests of three pro-democracy leaders in Hong Kong.

Presidential Office spokesman Ting Yun-kung made the government’s position known in a statement on Friday.

“We urge both Beijing and Hong Kong authorities to adopt dialogue rather than suppressing arrests,” Ting said.

He added that both Beijing and Hong Kong authorities should keep promises about freedom, democracy and human rights made to Hong Kong.

According to him, history has shown that people’s pursuit of democracy and freedom cannot be suppressed by violence.