10 Killed, Many Injured As Two Trains Clash In Italy 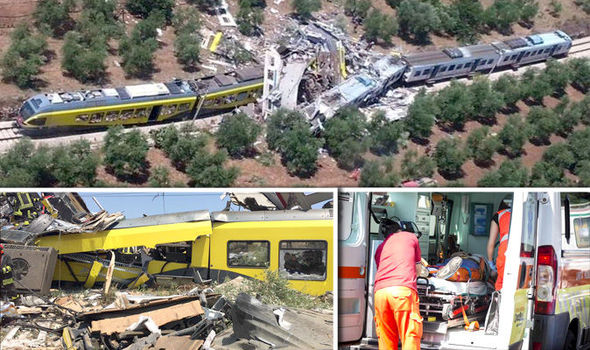 BALTIMORE, MD (AFRICAN EXAMINER) – No fewer than 10 people have been killed while several others injured during a head-on collision involving two passenger trains in Southern Italy.

The crashed trains were on a single-track line at the time of the accident, between the coastal towns of Bari and Barletta.

Emergency and rescue services have arrived the scene and presently trying to free passengers from the wrecked carriages near the town of Andria.

A local fire Commander Riccardo Zingaro lamented: “I think there are many dead”. He also confirmed some of the carriages were badly damaged.

Emergency team also confirmed that one of those rescued from the wreckage was a toddler, who has been airlifted to the hospital.