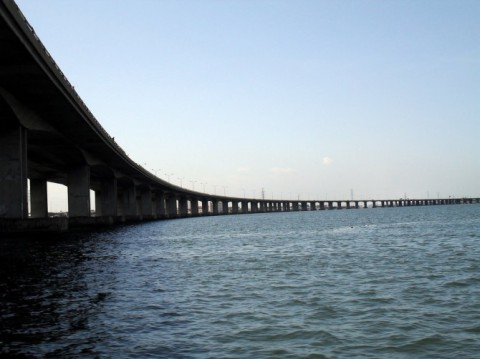 Thirteen people have drowned and five others rescued as a passenger boat capsized at FESTAC area of Lagos, Nigeria on Tuesday night.

The tragedy occurred at about 10.00pm as the boat conveying about 18 passengers from 6th Avenue to 4th Avenue capsized with 13 people drowned.

The deceased bodies were taken away to the mortuary by the State Environmental Health Monitoring Unit, SEHMU after their bodies were removed from the water by the combined team of the Lagos State Emergency Management Authority, LASEMA, and other rescue agencies.

He decried that the passengers were not putting on live jackets as at the time the tragedy occurred, an act he said, was unpleasant, adding that “we have always appealed to those using the boat to always put on a live jacket. Our people need to be safety conscious. Those using ferry should have life buoy. When the incidence occurred, we immediately activated our emergency response system by mobilizing people for the rescue operation.”

Chairman, Amuwo-Odofin Local Government, Comrade Ayodele Adewale said four of the survivors swam to shore while a woman was rescued by LASEMA and later died before getting to the hospital.

Adewale stated that those operating the boat system in the area were doing illegal business and that the council had told them on several occasion to leave the place, but that they refused to heed the call of the council, vowing that the council would from henceforth take drastic action against operators of boat services.