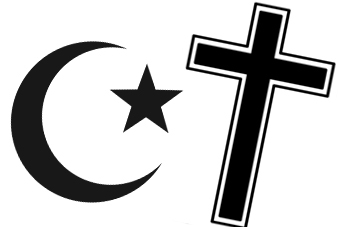 Fourteen people have been killed in violent clashes between Christians and Muslims in an isolated town in eastern Central African Republic that began last week, police and a senior Catholic official said on Sunday.

The mineral-rich but impoverished nation has descended into chaos since northern Seleka rebels seized the capital, Bangui, and ousted President Francois Bozize in March.

U.N. officials and rights groups say both sides may have committed war crimes, prompting calls for outside intervention to end the violence.

Residents of Bangassou, around 750 km east of the capital Bangui, said Seleka fighters had backed the town’s Muslims during the clashes, which saw four people killed on Saturday.

“All four of those killed were from the Christian community,” Bangassou’s Catholic Bishop Juan José Aguirre told Reuters. “We’re overwhelmed, inundated by thousands of men, women, and children seeking refuge from the fighting at the diocese,” he said.

Clashes initially broke out on Tuesday after Christians organized a march to protest against abuses by Seleka’s predominantly Muslim fighters based in the town, said Bangassou police official Edouard Mbiga.

“Muslim community members, backed by Seleka, brought out weapons and blocked the march. The situation deteriorated and there were 10 deaths on both sides. It all a started from that,” he said.

Michel Djotodia, who swept to power at the head of the Seleka rebellion, was officially sworn in as the country’s president in August.

His attempts to rein in his ex-rebel supporters, including firing the head of the army and formally dissolving Seleka, have failed to curb the violence, leading to calls – notably from former colonial power France – for a robust intervention force.

“We have troops there. The Africans also have troops. And we are working with the United Nations, African Union and regional organizations to find a solution for peace.”

France – which intervened earlier this year to oust Islamist rebels from another one of its former colonies, Mali – has said it will provide operational support for an African peacekeeping mission, known as MISCA.

Reinforcements for the African force have begun to arrive but the planned 3,600-strong mission will not be fully deployed before 2014.

In the meantime, Paris, which has about 450 troops on the ground protecting the airport and French interests, is currently mulling three short-term options, a French diplomatic source told Reuters.

It could seek its own U.N. mandate, boosting its troop numbers to 1,200 to quickly restore security on the ground, or increase the force to 750 soldiers with a specific role to support MISCA.

It may also decide to keep the contingent’s size unchanged, but turn it into a rapid reaction force that could be increased if needed, the source said.

Central African Republic is rich in gold, diamonds and uranium but decades of instability and the spill-over from conflicts in its larger neighbors have left the nation’s 4.5 million people mired in cycles of crises.