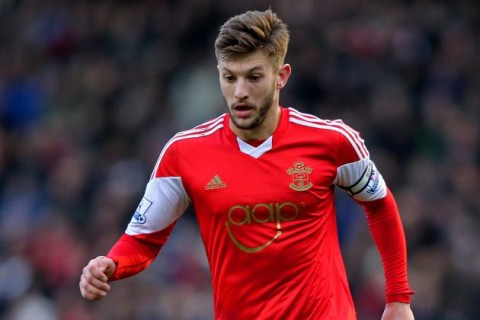 Liverpool will miss the services of new signing Adam Lallana for six weeks before he has even kicked a ball for the Reds.

The £25million summer signing from Southampton damaged knee ligaments in a training camp in Boston, USA on Thursday, and will miss up to seven games.

That is a bitter blow for the England World Cup midfielder, who was hoping to make a flying start after his dream move to Anfield offered the chance to finally hit the big time having played in the second and third tiers with Saints.

As the Reds jetted on to Chicago for the second leg of their north American pre-season tour, having lost to Roma in Boston, Lallana was preparing to fly back to Merseyside to begin the painful process of rehabilitation following his cruel stroke of ill luck.

The 26-year-old, who was not involved in the Roma game, went down during an innocuous period of training at famous Harvard university, and doctors discovered damage to the lateral collateral knee ligament.

Tests in Boston have shown Lallana doesn’t require surgery, which has at least spared him the prospect of up to three months on the sidelines.

He could be back in time to make his play in the Merseyside derby against Everton on September 27.

Meanwhile, it was good news for Rodgers on Friday, as Dejan Lovren travelled to the Liverpool’s  training complex on Merseyside to prepare for a Saturday medical.

Liverpool have finally agreed a fee of around £20m with Southampton for the classy Croatia international defender, who will complete his switch early next week after the medical is completed.

The Reds have refused to comment on the transfer so far, but it is understood Lovren won’t join up with his new club on tour, given he would be available only for the final game against AC Milan next Sunday.

Instead, he will remain at their Melwood training ground to work on his fitness ahead of a friendly against Borussia Dortmund a week before the Premier League season gets underway.