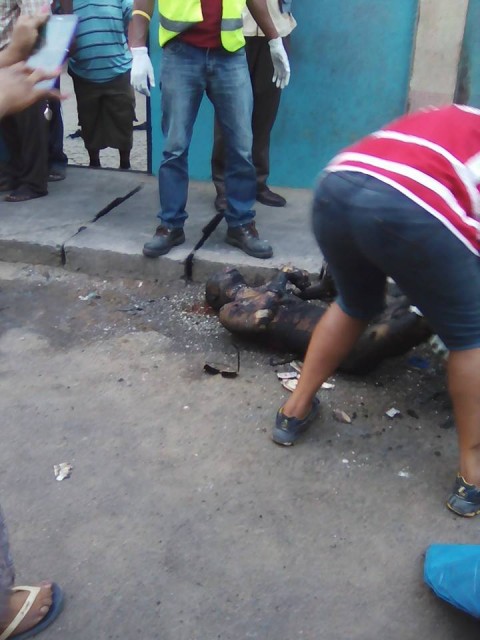 Tragedy struck in Isolo area of Lagos, South West Nigeria Tuesday as three people were reportedly burnt to death as a bus loaded with jericans of petrol caught fire.

The incident which occurred at James Oni Street, Isolo, ended in the three victims (all males) being roasted, while one occupant escaped with burns.

Director of the Lagos State Fire Service, Mr. Rasak Fadipe, who confirmed the incident, said it was another tragedy which occurred in the State.

According to him, the bus was fully loaded with PMS jericans before it caught fire.

Fadipe appealed to motorists to stop storing fuel in their vehicles, especially at this period of fuel scarcity, as this act might lead to fire.

He had also charged Lagosians to desist from storing fuel in their homes and ensure that they were careful in order to avert fire disasters.