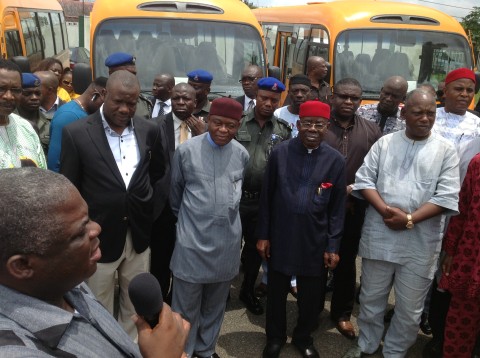 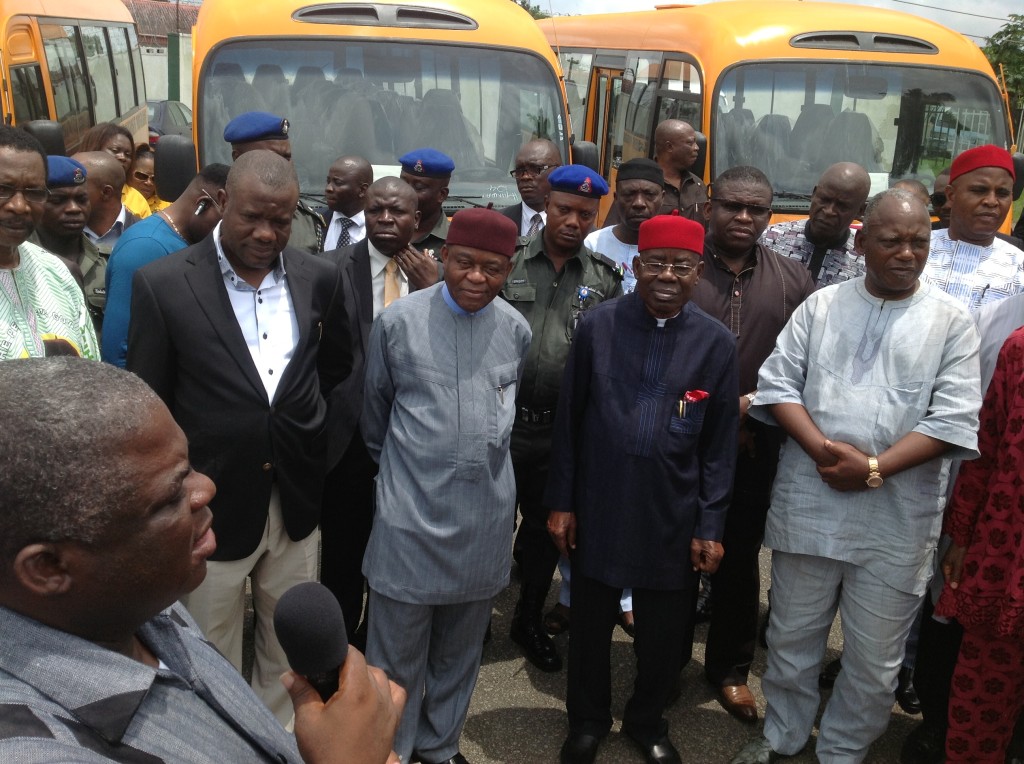 Gov. T A Orji during the presentation of subsidized bus scheme to members of the public 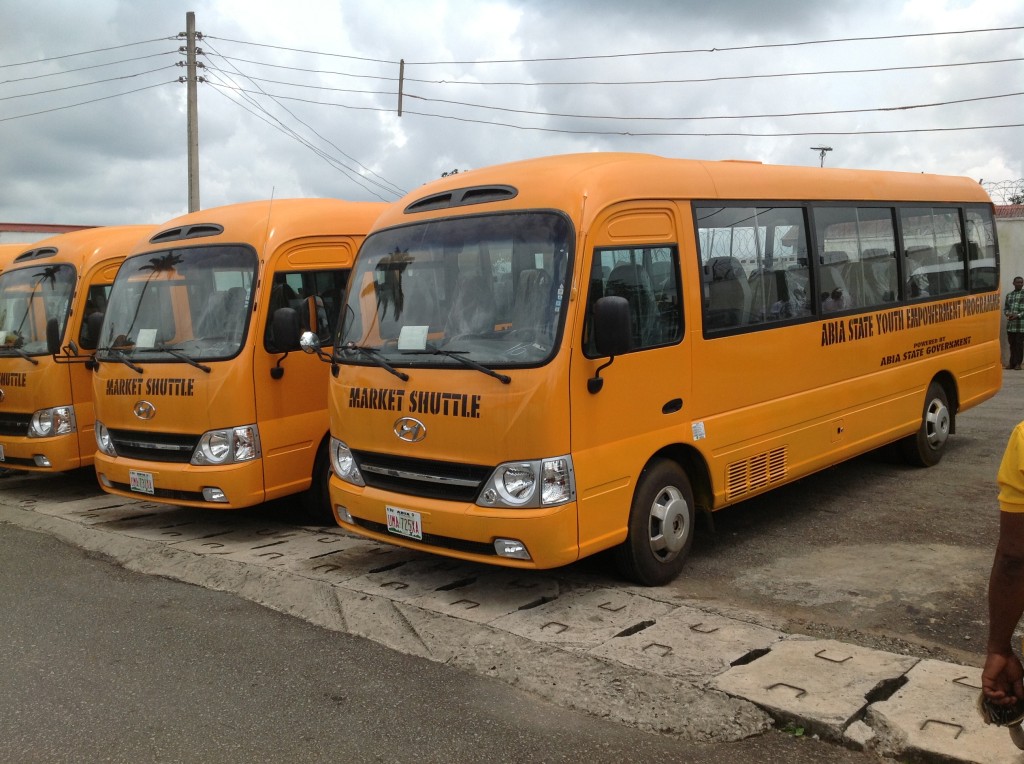 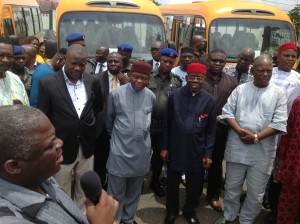 Gov. T A Orji during the presentation of subsidized bus scheme to members of the public

As part of effort to make life easy for traders relocating into the new Umuahia main market Umuahia, the State government has handed over four brand new coaster buses to the transport committee of the market for easy transportation to and fro the market.

Handing over the buses to the chairman of the committee at the government house, Umuahia, the Governor, Chief Theodore Orji said the buses will be plying the market on regular basis.

According to him, the donation of the vehicles is a promise fulfilled , noting that he had earlier promised to provide the traders with vehicles that would be conveying them and their customers to the market.

Stating further, the Governor said that the vehicles will serve both traders and others who have business in the market and made it clear that the essence of relocating the market is to expand the city of Umuahia. 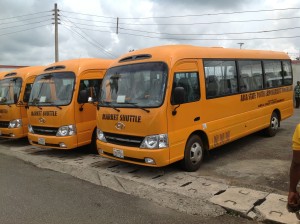 He recalled that all attempts to relocate the Umuahia main market since 1935 failed until his administration due to its political will came to the rescue and stated that what the government has done is in the interest of all.

The Abia State Chief Executive assured that the State Government will not intervene in the management of the buses.

Chief Orji who announced that expansion work is ongoing the Uzuakoli road leading to the market further maintained that his government is also building other access roads into the market for ease of vehicular movement to the market.

Receiving the keys to the vehicles, the Chairman, transport committee of the market, Elder Onyemaechi Odum thanked the governor for all his efforts  and pledged that the traders will continue to support him.