Abiola’s Widow Arraigned for Misappropriation of Over N500m Bank Fund 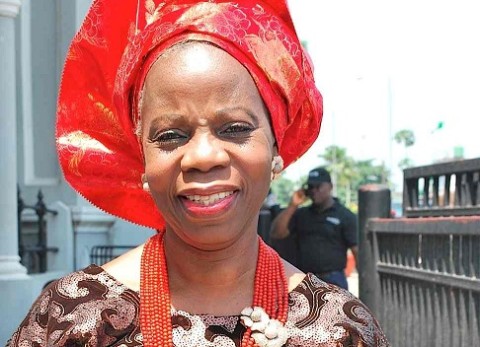 Doyin Abiola,  wife of late business mogul and acclaimed winner of the June 12 presidential election, late Chief MKO Abiola, has been scheduled for arraignment fixed for January 22, 2014, by Justice Okon Abang of the Federal High Court sitting in Ikoyi. 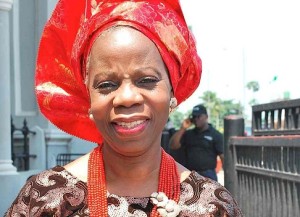 Doyin Abiola will be arraigned alongside Managing Director of the defunct Integrated Micro-finance Bank, Akinteye Ademola Simeon, Jerry Orimovuohoma and Oladapo Bello, who were directors of the bank between 2006 and 2008, on a five-count charge bordering on misappropriation of the bank’s funds, and also granting credit facilities to themselves without collateral.

Earlier, on November 15, 2013, only the MD was seen in court to be arraigned.  When the case was mentioned again on Tuesday, the prosecutor, Mr Ernest Ezebilo from the Federal Ministry of Justice told the judge that the accused were still absent from court.

Consequently, the judge ordered hearing notices to be served on the accused. They were dragged before the judge over allegation of misappropriation of over N500 million being property of the bank.

Abiola’s widow alongside others were also accused of granting credit facilities to themselves and other related companies, to the tune of N327, 566, 000.

Akinteye while serving as the manager of the bank allegedly caused the sum of N131.176 million to be withdrawn by one Adewale Ayoade, the head of the bank’s treasury, which he converted to his personal use.

Moreso, Abiola, Orimovuohoma, and Bello, while being directors of the bank, also recklessly granted credit facilities in the sum of N27 million, N26 million and N3.2 million respectively to themselves.

These offences, according to the prosecutor contravene the provisions of Section 19(1)(d), 20(1)(a), and Sections 23(4) of the Failed Banks(Recovery of Debts) and Financial Malpractices in Banks Act (as amended), 2004.

The offence is also said to be in contravention of the provisions of Section 516 of the Criminal Code Act, 2004.