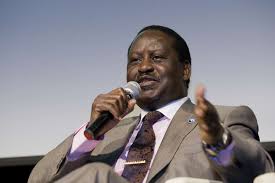 Odinga, who is the Africa Union high representative for infrastructure development, in a statement on his facebook page stated that the Nigerian former minister of Agriculture has done more than enough to retain his position as head of AfDB.

He wrote: “We reject this attempt to operate outside the laws governing the operations of the bank. If not checked, they can destabilize a well-functioning institution at a time the continent needs it the most.

“However, a few individuals who were not satisfied by the Board’s findings and determination decided to pursue the issue outside the Bank’s processes and procedures by calling for an independent inquiry.

“President Adesina has prioritised Africa’s Agenda 2063 and the Continental quest for transformation, particularly through investment in Agriculture, infrastructure development, and continental integration, among other areas that are dear to us.”

Odinga also used the opportunity to express his support for leaders in Africa and around the world who had spoken up in support of President Adesina’s leadership.

He said: “We have faith in him as a proven and experienced leader who’s prioritizing Africa’s development and who has proved his ability to guide the Bank effectively and honourably during this critical time for Africa.

“Mr. Adesina has proved his deep belief in lifting Africans out of poverty through a deep understanding of development issues and economic and political reform.”

He further enjoined those who have ulterior motives to desist.

Odinga added: “This is the time to stabilise AfDB, not destabilize it.”