After Huge Donation for COVID-19, Access Bank Under Fire Over Plans to Cut Salaries 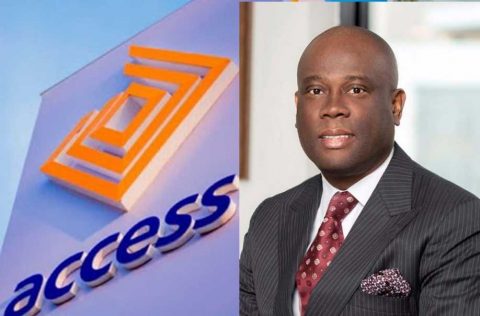 (AFRICAN EXAMINER) – Reports have surfaced that one of the leading Nigeria’s commercial bank, Access Bank is planning to cut workers’ salaries to avoid job losses amid the ravaging coronavirus.

A report online by Bloomberg says the salary cuts are expected to start from May unless business conditions improve quoting anonymous sources.

However, the bank has come under attack on social media for donating huge amount of money to the government’s efforts to fight the covid-19 yet plans to cut salaries and lay off workers.

@Uwem Akpan said: “Thank God no animals on your logo. Because the next thing you will say is that one animal swallow the staff salaries. Useless eye service bank. Una better ask Presidential task force for palliative before they finished it.”

@Chinedu Max Aneke said: “Is that why you have been dubiously removing money from my account anyhow? The one that pained me most is the 1300 you said it’s for debit card of which I never requested for. And other ones you have been removing until I made up my mind to withdraw every of my penny that is still remaining with you. Thieves, you deserve what you are currently going through.”

@Ekeme Emma appealed to Nigeria’s saying “Please I beg Nigerians to as a matter of urgency help this bank to facilitate its downfall by withdrawing every kobo they have in the bank. you shamelessly gave out 1 billion naira few days ago to the corrupt federal government without any thank you from them, now you re planning to lay-off your worker without considering how they are going to cope in this turbulent time.”

While @Promise Nwankpa noted that “recently they posted billions of naira profit after tax for first quarter 2020. They’r Shylock’s indeed.” But @Fona Campbell Obasuyi asked “Why donating 1Billion naira to this Useless government of ours when you know u couldn’t pay ur staff salaries. The management of the Bank was supposed to put their house in order first before making that huge donations few weeks ago.”

In his comment @Omachoko Kevin Bameyi warned that “If you tried it, not any of your branch can handle the chaos. Your office will be raised down. Closing account mode activated. 1billion to federal government, it’s what poor people save with you including VAT. Try it.”

Similarly, @Sen Valentine Omego suggested: “Why not use the 1bn donated to govt as palliative to pay salary to your workers. Eye service is not good. You give 1 bn to better the lives of the microscopic few in the helm of affairs and forget those that has been toiling in the field for long.”

All efforts to reach the bank’s spokesperson were unsuccessful.