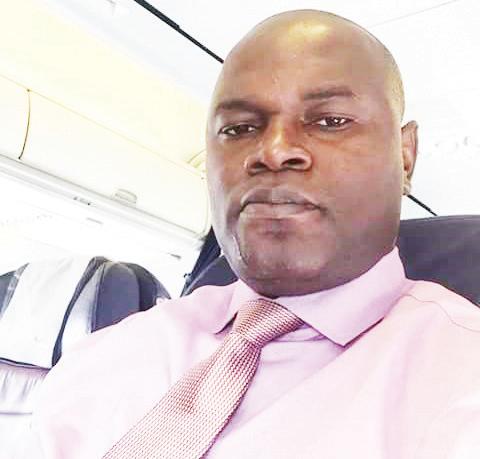 Reports indicated that the slain Lawyer was ambushed and shot severally at his Port Harcourt residence Sunday night.

Late Atsuete was said to be one of the Counsels to the sacked Chairman of the Asari-Toru Local Government area of the State.

It would be recalled the present administration in the State sacked the 24 Local Government Chairmen whose election was conducted by the immediate past administration of the current Minister of Transport, Rt. Hon Rotimi Chibuike Amaechi.

The sacked Council Chairmen have since approached court, challenging their removal and seeking for reinstatement.

Late Atsuete was also said to be one of the guest speakers at the just concluded Nigeria Bar Association (NBA) National Conference held last week in the garden city.

The remains of the slain lawyer has been deposited at the University of Port Harcourt (UNIPORT) Teaching Hospital mortuary.

Friends and associates of Atsuete including Human rights activist Mr. Anyakwe Nsirimovu have expressed shock on the sad development.

The gruesome killing of Atsuete came days ahead of the State’s and NASS rerun polls. Rivers State has been embroiled in bloody political crises before the last general elections up till date.