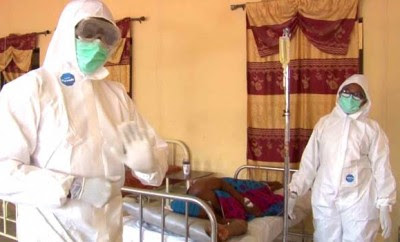 (AFRICAN EXAMINER) – Barely three weeks after  the deadly lassa fever that has sent scores of  Nigerians to their untimely graves since its outbreak in parts of the country killed a 75 year old woman in Enugu state, two persons, among them a pregnant woman have died of the disease.

According to the state ministry of Health, on the whole, 6 suspected cases were reported out of which 3 were confirmed.

It said the third victim, a 24-year-old female youth Corp Member who just returned from Benue state survived the attack and is responding to treatment.

This was disclosed on Friday at a press conference jointly addressed by the Enugu state ministries for Information, Health, Education, Water Resources and Agriculture at the state Secretariat.

The pregnant woman the government officials said who died from the disease was as a result of reporting late to health facilities.

Commissioner for information, in the state, Chidi Aroh who presided at the conference assured that the state government was being conscious of the scourge and is taking necessary steps to protect the people against it.

He said the state governor, Ifeanyi Ugwuanyi has exhibited his leadership qualities in this direction and as a result the management of the crisis was on course.

“Jingles are being run in radio and television stations for enlightenment while leaflets on how to prevent the fever have been printed and being distributed across the state.

“Government has purchased all required materials and equipment to fight the scourge as well as providing emergency facilities in the event of any noticed occurrence in any part of the state,” Aroh hinted.

Aroh, further hinted that apart from the 11 government hospitals mapped out for emergency, nine private hospitals have been added as emergency facilities, bringing the total to 20 hospitals across the state.

In addition to these, he revealed that the state government has directed the fumigation of all refuse dumps in the state with a view to ridding them of rodents.