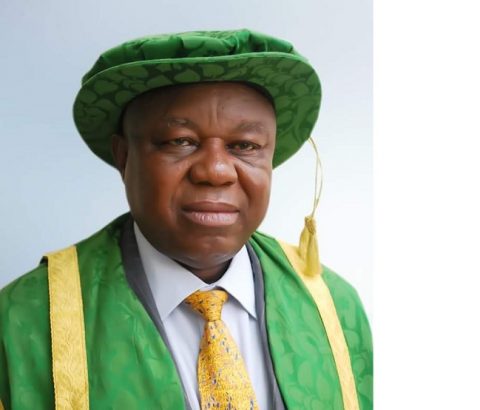 African Examiner recall that the people of UNN host community Nsukka, had been weeping sentiments over who takes over from Ozumba, who is completing his five year tenure in June 2019, arguing that no indigene of the area has occupied the VC position since inception of the university .

Both Ozumba and the VC designate, hails from Anambra state, South- East Nigeria.

Over the years, Nsukka professors have been making moves to occupy the exalted UNN office, but to no avail.

Professor Igwe emerged after a final selection exercise conducted by the University’s Governing Council on Thursday.

Until his appointment, the new UNN boss, was the Deputy Vice-chancellor DVC Administration .

The new VC is expected to officially assume office on June 4, 2019 as the 15 Vice Chancellor of the premier university.

Public Relations Officer PRO of UNN, Chief Okwun Omeaku, who confirmed the development in a statement, said “Igwe’s appointment was announced on Thursday May 23rd 2019 by the Pro-Chancellor of the University, Chief Mike Olorunfemi after a transparent selection process by the Governing Council of the University.”

“Professor Igwe is the current Deputy Vice-Chancellor, Administration of the University. He is a Professor of Soil Science in the Faculty of Agriculture.

According to the statement, he was appointed Deputy Vice-Chancellor (Administration) on 28th April 2016 and was reappointed in 2018.

He once represented the University’s Senate in the Governing Council and had also served as the Director of the university’s Advancement Centre.” Omeaku stated.