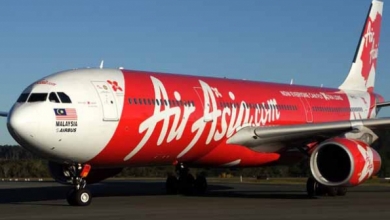 The AirAsia jet that crashed into the Java Sea in December, killing all 162 people on board, was being piloted by the plane’s co-pilot, not its captain, Indonesian officials said at a news briefing today.

Iriyanto, who uses one name, was a former fighter pilot with more than 20,500 flying hours, while the less-experienced Plesel had about 6,000 hours.

SiswoSumarno said the plane was struggling to recover as stall warnings sounded until the end of the recording.

Radar data showed the plane was climbing at an abnormally high rate — 3,000 feet in 30 seconds — prior to the crash, before stalling and plunging into the Java Sea, authorities have said.

More than 70 victims’ bodies have been recovered from the wreckage of AirAsia Flight 8501. Earlier this week, Indonesia’s military halted its recovery efforts, including attempts to locate more bodies and raise the fuselage from the sea.

The Indonesian Search and Rescue Agency, however, is continuing to look for victims with its own ships and helicopters.