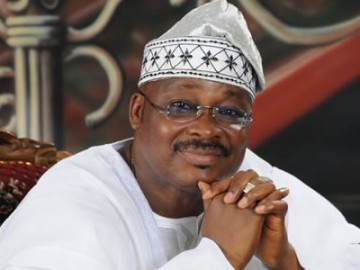 (AFRICAN EXAMINER) – Former Governor of Oyo State and acting National Chairman of the All Progressives Congress (APC), Mr Abiola Ajimobi, has urged stakeholders to maintain peace as he assumed office at the National Headquarters of the party.

This was contained in a statement by his Media Aide, Mr Bolaji Tunji on Wednesday in Ibadan.

Ajimobi until his new appointment was the APC Deputy National Chairman (South).

His appointment was the aftermath of an order of the Court of Appeal, on Tuesday, affirming the suspension of Mr Adams Oshiomhole as APC National Chairman.

“We should therefore let peace continue to reign until we hold the National Executive Committee meeting and take a position on the way forward,” Ajimobi said.

Ajimobi said his assumption of duty was in line with Section 14, subsection 3 of the APC Constitution.

He became APC Deputy National Chairman (South) in March, when the National Working Council (NWC) of the party, wrote to the Southwest to fill the vacant position,  following the appointment of Otunba Niyi Adebayo as a Minister.

Ajimobi said that his appointment received the support of five out of the six South West states of Oyo, Ondo, Osun, Ogun and Lagos with only Ekiti protesting the nomination.

He said that his appointment into the NWC of the party was affirmed by a Federal High Court.