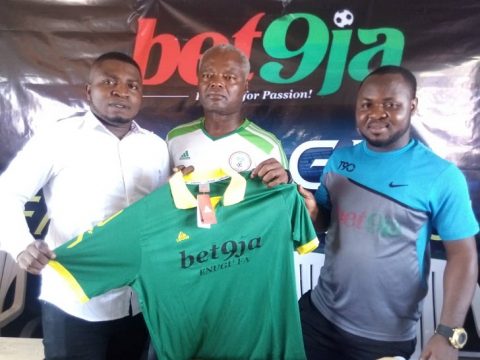 The competition, which kicked off November 12, 2018 is taking place in four centers of the state.

Organizing committee of the soccer fiesta, led by Mr. Emehelu Ikenna and Enugu state F.A chairman, Chidi Ofo Okenwa, made this known to Sports writers weekend during the tournament’s draws held at the boardroom of the state football association, Nnamdi Azikiwe stadium Enugu.

Addressing the sports journalists after the draws, Hon. Okenwa said that all logistics for a great tournament has been provided, just as he  warned  participating teams that all FIFA rules would be applied in the tournament.

He said: “Let me inform us that all that is needed for a successful tournament has been provided by the sponsors who are bringing the game back to the people.

“I must also warn all teams participating teams that all FIFA rules would be applied at all matches. I wish all teams the best as we hope to discover some new burden talents in this tournament,” stated the Enugu FA boss, who is also an Executive committee member of the Nigeria Football Federation, NFF.

In his comment, Emehelu said, “Bet9ja is coming into this to ensure that our customers are given opportunities to practice what they love. It is for ages 18 years and above. We hope to have a great tournament with the directions from the F.A.”

The opening game which is between Coal Camp F.C and Real Madrid F.C took place Monday, November 12th, at the Enugu campus of the University of Nigeria Nsukka UNEC stadium after an elaborate opening ceremony.

Participating teams were during the draws, presented with complete sets of jerseys and other documents needed for the smooth running of the tournament.