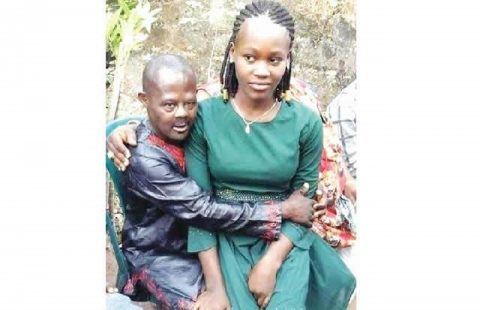 (AFRICAN EXAMINER) – The Anambra State government South -East Nigeria, via its Ministry of Women and Children Affairs says it has taken up the case of a 15-year-old girl forcefully married to a 56-year-old man from Ozobulu area of the state, said to be mentally challenged.

Commissioner in charge of the Ministry, Ndidi Mezue, made this known in a statement made available to Sunday in Awka, the Anambra state capital.

According to the statement, the ministry was working in collaboration with the police and other relevant agencies on the matter.

She however, dismissed media   reports that the ministry had already dissolved the alleged marriage and rescued the girl.

The statement read thus: “The Anambra State Ministry of Women and Children Affairs wishes to inform the public that it has received a complaint about an alleged underage marriage involving a girl from Ihiala, who is married to a man from Ozubulu.

“The ministry is following up on this case as it continues to collaborate with several persons and organisations, including security agencies, towards a quick resolution.

“The ministry is in contact with the girl’s family, the Anambra State Police Command and other interested parties in the matter, including human rights activists.

“The ministry’s utmost concern at this period is the safety and well-being of the young girl in question, as well as the well-being of her young child.”

The ministry promised to protect the dignity and privacy of the innocent persons involved, while calling on those working on the matter to toe the same line.

“We can report at this time that considerable progress has been made on the matter and wish to state that the young girl in question is not yet in the custody of the ministry as reported on several social media platforms.

“We wish to assure the public that in line with our mandate, and as can be seen in previous social welfare interventions undertaken by the ministry, we will pursue this particular case towards achieving a satisfactory and positive outcome” it added.