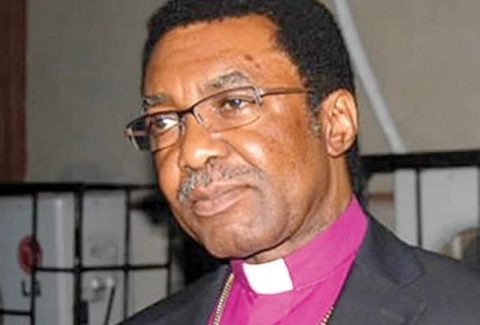 (AFRICAN EXAMINER) – Ahead of the 2023 general election, the Archbishop of Enugu Ecclesiastical province of the Anglican Church, His Grace, Most Rev. (Dr) E mmanuel Chukwuma, has urged political parties and electorates to look the way of a Nigerian president of Igbo extraction.

He said for the interest of justice, equity and fair play, the South- East geopolitical zone of the country deserves to produce the next president that would succeed president Muhammadu Buhari, in the next political dispensation.

Speaking with newsmen weekend in Enugu on contemporary political issues confronting Nigeria, the Anglican Cleric, stated that not until the needful is done by the political class, the country will continue to swim in a pool of disunity.

He posited that the alleged sidelining and denying of a particular race the (Igbos) the chance of occupying the exalted presidential seat, since 1999, has done more harm than good to the entire nation.

The Archbishop however, urged leaders of political parties in the country to take a critical look at the imbalance in the political space since the inception of the 21 years of uninterrupted democratic experience in the nation, while considering their flag bearers during the next general polls (2023).

On the perceived flaws in the 1999 constitution currently being used in the country, he challenged the leadership of the 9th Nigeria’s National Assembly (NASS) to endeavour to embark on its genuine amendment, stressing that the said military document inherited by “our hard earn democracy is responsible for most of the blunders and anomalies in the nations  political system.

“Am therefore, calling on the (NASS) to rise up to its responsibility and do the needful, so that we can do away with this military constitution which is the main cause of our political problems” the Archbishop  stated.

“There is urgent need for us to have people’s constitution, because that is the only way to correct some of these political injustices and imbalances being suffered by some segments of the country, particularly the South- East geo political zone.

According to the Clergyman, it is sad and unacceptable that 21 years after the enthronement of democracy in Nigeria, the country is still making use of a military constitution.

Commenting on the continued shut down of churches and other worship Centres in parts of the country, as a result of the novel dreaded Coronavirous pandemic, the Man of God, opined that such decision may not be the best, “because Covid-19 is a spiritual global  war which needs spiritual solution, and the best place to wage such war is in the church.

He argued that since government has decided to relax the lockdown in certain areas, including reopening of markets and some social gathering places, it would also be proper for them to reopen all the churches, provided worshippers observes and adhere strictly to all the World Health Organization (WHO), laid down protocols and health  precautionary measures.